This is My Religion 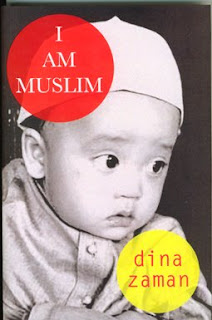 **Assalamualaikum,You heard what that magazine and short film in Denmark has published. It's making fun of our beloved PROPHET MUHAMMAD (SAW) by drawing pictures of him and describing him as a terrorist. Moreover they refused to apologize because they considered it a practice of freedom and democracy. I ask you all to put your hands with other MUSLIMS and boycott the Denmark's products. 1.6 billion Muslims could really slap the economy in Denmark. Please copy this text and forward this text to as many Muslims as possible Via Email via SMS Via Scrap..... I ask u,as a Muslims... Can't u spare 15 minutes in order to spread this message among Muslims ...

I believe that it is my responsibility to paste this on my blog considering the fact that I am a Muslim. There are a lot of buzz about bad stuff that people say and do about Islam. The most recent one is the short-film from Holland "Fitna". The funny thing is the word "fitnah" in Malay means "libel; slander; defamation" which is exactly what the movie is all about. The translations of the Al-Quran in the movie are misleading, the footage was all crappy and I don’t think “Fitna” can really be considered as a short-film. It’s just sooo-damn amateurish and looks like something that my 12-year-old nephew can possibly come out with after less than an hour toying with the Movie-maker application.

It’s just funny what people are capable of doing these days. They can think of the unthinkable, do things that are impossible and speak out words that supposedly unspeakable. I know you can have your freedom of speech, free-will thinking or whatever crap you want to call it. But, somewhere along the way, I guess people have just forgotten about the certain lines that we are not supposed to overstep. It might have been a very thin line but if I can see it, then I can’t see any reason why other people failed to notice that.

I’m a Muslim and I don’t support violence. So does all 1.2 billion Islamic population worldwide..

What more can I say?

p/s: The book-cover shown above is "I Am Muslim" by Dina Zaman, one of my favorite Malaysian columinist. It's a really fascinating read and I've learn so much about all the religious issues in Malaysia that have been swept under the rug for so long. Check it out. One of the best local reads.
Books Life