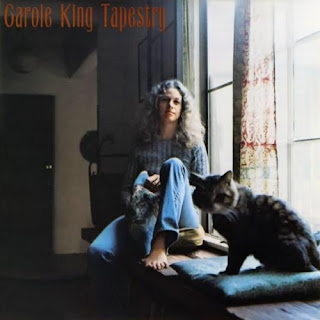 This right here is one of the most important albums of all time. I didn't realize more than half of the songs from this album have been remade by many different artistes throughout the years. The list includes; Celine Dion(not a fan!), Amy Winehouse, Mariah Carey, even Brooke White from American Idol 7. The song 'Where You Lead' is the theme song for TV series Gilmore Girls. Bear in mind that we are talking about an album which was released in 1973 people!

The arrangements are simple, genuine, and just sooo damn authentic, almost like live recording. The lyrics are heartfelt combinations of words that connect beautifully with the melodies. Man I have to tell you, it pierce straight through my heart.

Some people may laugh at me and call me stupid or lame or whatever because it took the whole life for me to discover this astonishing album. Well I guess for someone who used to consider boybands and Spice Girls as the height of music taste back in the 90s, I guess I am making a lot of progress. Am I right? Or am I right? Haha=)

Here’s my list of favorites and not to mention important albums of all time. According to me of course=)