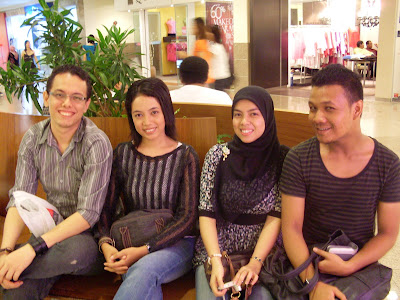 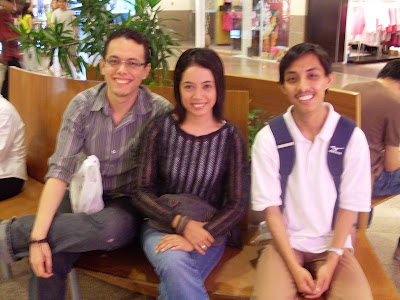 • I don’t want to go into details on things that had happened last weekends. There were ups and downs but the most important thing is I was being surrounded by my bestest pals. That's the only thing that matters. 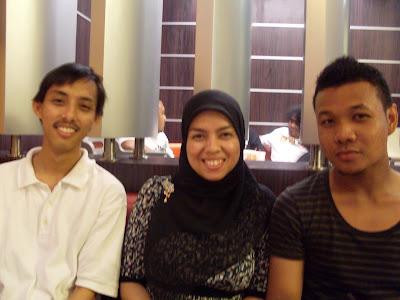 • I ran around Mid-Valley for two hours (mostly with Byni and Wan Lau) because I arrived extremely late. Fash-un-ably late is one thing, but yesterday I hardly had enough time for anything more than small chat and cam-whoring with Ina, Byni, Wan and Ezwan. 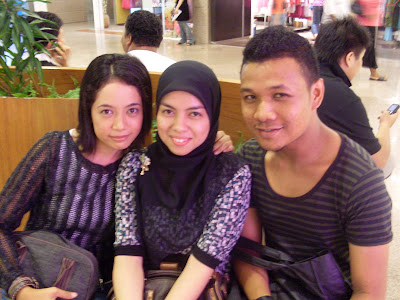 • I was practically rushing from one store to another. First destination was MPH to get “Tuesdays With Morrie” (highly recommended by Miss Sharina herself). After that, straight to Zara and I scored this fluorescent graphic tee. And then off to Watson for some skin-care product. Next is Topman, but I didn’t buy anything. The only thing that I could do was to ogle the side-zipper hoddies that I’ve been wanting to have. Well, that can wait until my next paycheck.

• After air-kissing goodbyes to Ina and the rest, Wan Lau and I headed straight to the Komuter station. But not before making our final stop at Calvin Klein and I snagged this really nice t-shirt for a really good price. Ahah! 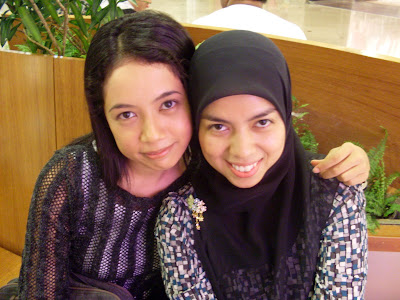 • Here’s my little updates on friends whom I met that day:

Ina- currently a lecturer in Kedah. When she’s not lecturing, she can be seen driving around town like a race car driver=) You blink and you’ll missed her.

Byni-is a Government servant and we’ll be doing something together this week for 2 days. It’s a secret..Shhhh…

Ezwan- is still in TESL and he’s closer to completing his degree. Yay! 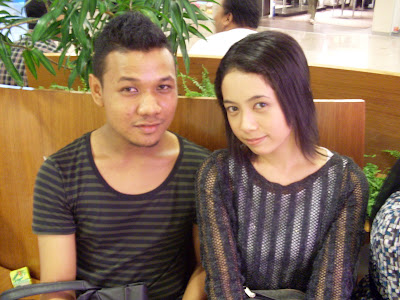 Song playing inside my head: Portishead's Roads
Fabulousity Weekend in The City

Unknown said…
Tuesday with Morrie, Five People You meet in Heaven and For One More Day sume best. All by Mitch Album.