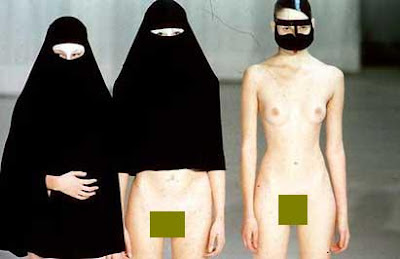 I was drawn to the article from Tongue in Chic about the influence of religion in fashion. I love fashion and I am all about trying out new things and widening my horizon in terms of current fads and trends. But when it comes to religion, especially my own, I don’t think that it is such a good idea to have it all mixed up with fashion. 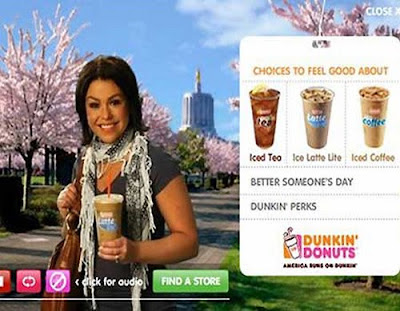 Fashion is all about outrageousness, over-the-top ideas, scantily clad models, and twisted norms. I see it as a form of art and I’m a firm believer that there shouldn’t be any restriction in inspiration and creativity. Religion is a whole different thing. There’s a lot of sensitivity involved, impervious aspect of it, and not to mention the all the rules and regulations.

That is the reason why I was disturbed by the image of models wearing nothing but what looked like hijab on Hussein Chayalan’s runway show (circa 1998). It was just too much. Unlike Rachael Ray’s kaffiyeh in Dunkin Donuts TV commercial which caused a huge rage among people a few months back, hijab is an item of clothing for Muslim women. Hijab symbolizes the image of Muslim women in general. Kaffiyeh on the other hand is the scarves worn around the neck of terrorist according to some people… and I totally disagree.

From the way things had been, it looks like it is wrong to have this so-called terrorist scarves around your neck, but it is okay to send the hijab-wearing models down the runway with nothing to cover their pussies. Now you tell me..
Fashion

Anonymous said…
wearing a hijab with nothing on? that's stupid. a muslim would never do that. whoever they are, they just made a total fool of themselves.
July 17, 2008 at 8:17 PM