Their chart and my chart 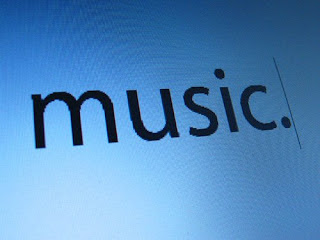 There are times when I simply downloaded songs out of curiosity. Why does this song suddenly on top of the chart? What make it so special? Why do people in the States, UK or even Finland love it so much? Or how is it possible for Kid Rock’s Sweet Home Alabama rip-off scored number one in Germany, Austria, Ireland and Switzerland? I- tunes chart always surprises me. What’s with songs that I found below average holding up the number one spot? Even Jesse McCartney is making a comeback in the Top 10. What the hell with that!? I know he co-wrote Leona Lewis’s Bleeding Love and everything, but he’s STILL Jesse McCartney right?

So I decided to download a few songs from I-Tunes Store Top 10 Songs Chart and see whether I love them or hate them. I started with Rihanna’s Disturbia. Yes, I thought it has some kind of connection with the motion picture, but fortunately it doesn’t. There’s nothing special about it. It sounds very European, very house, dance-y, robotic and slightly less-good version of Don’t Stop the Music. Love it or hate it? Hate it!

After that, I gave Alphabeat’s 10 000 Nights a listen. Definitely a winner. Love it! I’ve seen it on UK Chart for quite sometimes now, but never really bothered to give it a spin. The piano at the beginning is very Scissor Sisters, but then they have two vocalists, which make the song sounds like a duet. I don’t know about other people, but when I listen to this, I think of ‘The Feeling’. Never be lonely, never be lonely… I love that song.

Next up is Laurent Wolf’s No Stress. This song is definitely written for me. It started off with~ I don’t wanna work today, maybe I just wanna stay!! I can see myself screaming that at the top of my lung every weekday’s morning. Seriously! So, love it or hate it? Love it!

I downloaded a whole lot of other songs. Songs that I knew I was going to love and others that I downloaded just because they are all over the charts. Here’s the list:

1. Dance Wiv Me (feat. Calvin Harris & Chrome) [Radio Version]-Dizzee Rascal
2. All Summer Long-Kid Rock ( Not a fan, but I’m sucker for any No.1 song)
3. Say After Me- Bic Runga (She’s awesome and has Malaysian in her blood)
4. Closer- Ne-Yo (Not so sure)
5. Free Fallin'-John Mayer (He sounds really good live)
6. Hallelujah- Rufus Wainright (Can you believe this is from Shrek2? I prefer the original tho)
7. Extreme Ways- Moby ( The Bourne Ultimatum version)
8. Mercury- Bloc Party (The new single! Finally)
9. Songbird- Eva Cassidy ( This one right here is as sweet as it gets in a song)
10. You’re So Vain- Carly Simon (I bet you think this song is about you!)
11. We Cry- The Script ( Make me think of The Streets)
12. The City Is At War- Cobra Starship (Check out the vid!)
13. One Head Light- The Wallflowers (I remember singing to this in Bayne’s car)
14. I Could Say- Lily Allen (Hate her, but love her lyrics)
15. Free- Cat Power (My fave next to ‘The Greatest’)
Music

lily allen's a total bitch but her songs are undeniably nice, no? try listenin to her Keane cover, Everybody's CHanging, u'd be surprised!
July 12, 2008 at 1:37 AM