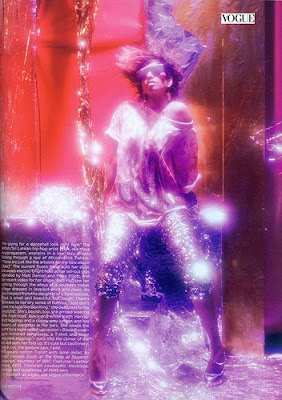 Who says they don’t believe in second chance? Evidently, M.I.A does and she proved it by getting her second chance in breaking the US market with her song ‘Paperplane’. The song was released back in 2007 as the lead single for her second album ‘Kala’. Unfortunately, it failed to bring any kind of impact to the American listener.

But in 2008 M.I.A second chance arrived in the form of ‘pineapple’. 'Pineapple Express' that is. The song is currently being featured in the promo for the Seth Rogen's comedy. And before you can even say “M.I.A who!?”, the song is all over American chart and airwaves.

American market is always tricky like that. They need some kind of confirmation from outside sources in order to embrace something new, specifically in terms of entertainment and pop culture. No one can forget how Jessica Simpson’s third album jumped to number one spot upon the premiere of ‘Newlyweds’. Or how Rihanna’s ‘SOS’ topped the Billboard chart after the song was being used in Nike ads. And remember the sluttified Jewel and her song ‘Intuition’? That song was in Gillette commercial. Commercials, TV series, movie soundtracks… all kinds of good or bad exposure for a song can almost guarantee chart success.

When certain song is being used in Apple or Ipod commercial, the song is a surefire hit. Like Yael Naim’s New Soul, Coldplay’s Viva LaVida and Feist’s 1234.