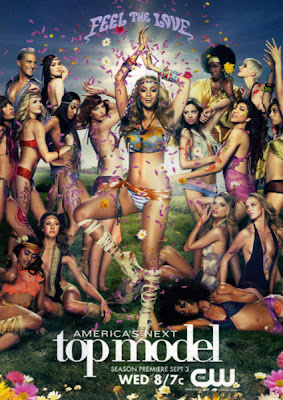 ANTM has officially started its 11th cycle. Thanks to YouTube, modelizers all over the world can catch it on the web about 24hours after the premiere of each episode on America's CW channel. There are a few changes here and there to build the excitement and keep things fresh. When I mention 'excitement', I was not referring to Jay Manuel's men-breast in that silver space-suit in the first episode. That was tragic…

The excitement arrived on ANTM in the form of Isis. She (or he, but from now on she) is the first transgender contestant in the history of ANTM. She still has it attached to her man! She got it all taped up under her tiny bikini bottom for the audition. Scary stuff! But she’s fierce. She looks amazing in her photos and man, can she walks!

So I will be watching her progress every single week, here from the comfy of my office chair and PC. Tsk!

I have made it very clear how much I hate copycats and wannabes right? So a couple of days ago I was surfing the channel when I hit 107. A bunch of Malaysian actors appear on screen in their scrubs looking very serious and focused. It was obvious that they were playing ‘serious’doctors and I figured out later, they were trying to perform some kind of ‘serious’surgery on what looked like human. I kept watching, out of curiosity. 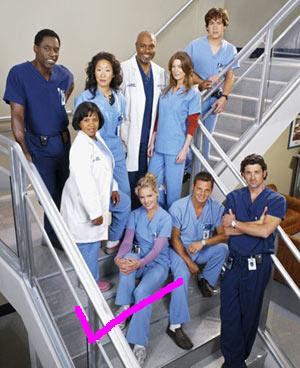 I don’t know how to describe it. The whole thing was like Grey’s Anatomy being staged by a bunch of high school’s Drama Club students. It was so fuckin amateurish and uninspiring. And that combined with bad scripts and bad acting is a perfect blend of… how do I say this? RUBBISH? 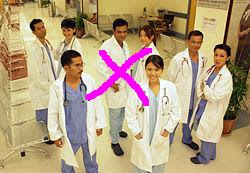 The series is “Ampang Medikal” by the way. They should rename it to Salmah’s Anatomy or something. I’m not sure if Salmah is the name of the main character, but that sounded Malaysian enough to me. Ha-ha!

So my verdict is yay to ANTM and nay to Ampang Medikal.

These copycats and wannabes should have some test tubes and syringes shoved up their fake asses. Hah!

P/s: Is it too obvious that I am a Grey's Anatomy's fan?

Song playing inside my head: Kings of Leon's Sex on Fire
Telly

yucks to ampang medic whatever.

oh btw, Refie Redz is darul's brother. yes he has a fab life.