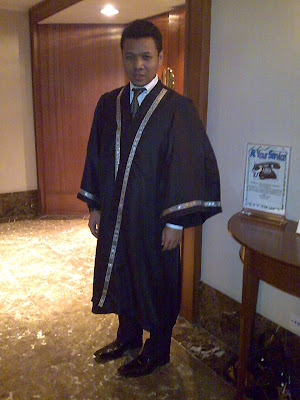 I've been extremely busy. There was this little graduation going on in Pan Pacific KLIA and being the only English lecturer here, I was the one who prepared the speech, the press release and I also found out later that very same night, that I was supposed to host the graduation dinner as well! These people are insane! I am nowhere near Billy-fucking-Crystal people! 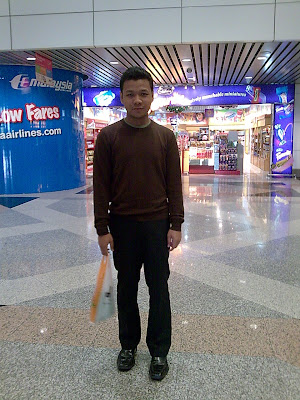 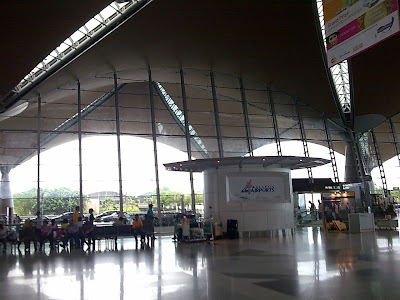 KLIA
But I had no choice. I just had to drag my ass up to the podium and deliver. It was a little overwhelming, but I just did it. It was not so bad really. I kinda liked it=) 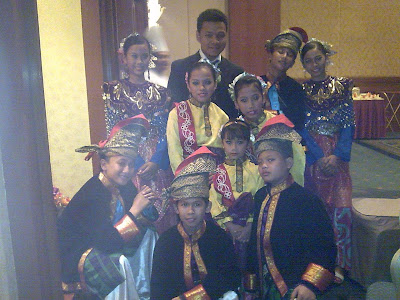 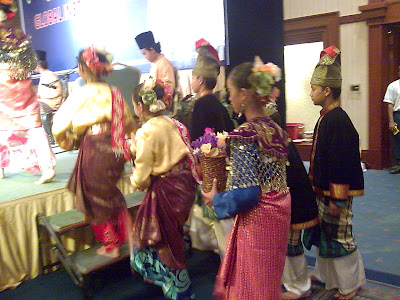 The highlight of the event was definitely the cute, pint-sized dancers who performed traditional Malay dance at the dinner. They were all looking sooo-freakin adorable in their traditional Malay costumes. Being the "westernized-bitch" that I am, no one will ever thought that I will be captivated by traditional dance.

But I did...and I thought it was so beautiful. The kids are like a bunch of little angels.

They twist and turn. But their feet didn't even touch the ground, as if they have their own wings...