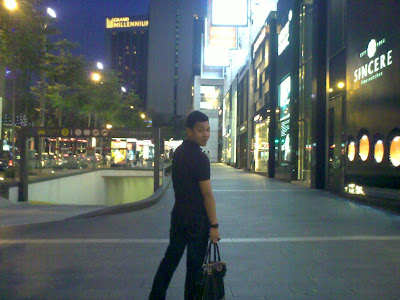 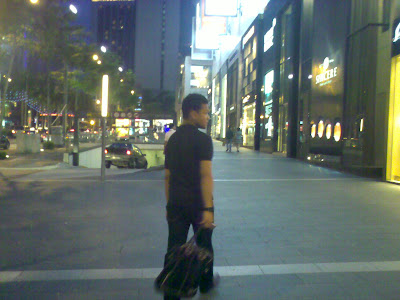 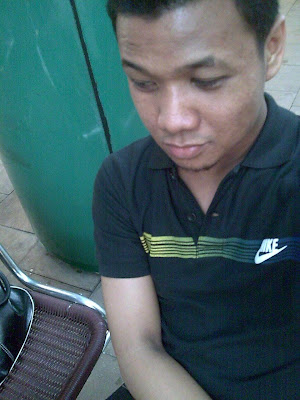 Out and about at The Pavillion wearing Nike polo shirt, Topman skinny
jeans, bag from Seed and shoes from Fourskins
I spend like hundreds of ringgit on magazines every month. So, for the past few months I noticed that all of these magazines have been running some pretty much identical features on Surviving The Recession. I know it is a serious issue for the fact that it is affecting our lives and it is something that we have to face regardless of our inability to make it through in one piece. But I feel like,I definitely the one who most likely will tumble and fall during these times of difficulties.
I have only one thing to say: I am sooo terrible at handling my money and I'm addicted to retail.

That being said, I feel like it is my duty as a helplessly incapable human being, to spread the word about What Not to Do during These Time of Difficulties. I know what I am NOT supposed to do. It's just that, I'm still doing it because I'm such a terrible human being.

1. Don't fall prey to any kind of sale or discount at the department stores. Those are just a whole bunch of crap! We know that they marked up the price a few months prior to the sale right?! So that by the time the sale season begin, all items appear to be cheaper. It's true. But people, I can't take back the amount of money that I spent in United Color of Benetton, Replay, Energy, Topman, Zara, Pull & Bear, Jusco, Cold Storage... even Giant! Never mind… I'll try harder next time=)

2. For entertainment, dining in is an excellent idea but not when you spend more on the preparation of the three-course meal rather than actually eating out at your favorite restaurant. If you don’t really cook and have to deflower your kitchen for this, I have to tell you to just let it go. Just go out and grab a quick bite at KFC or something. 10 bucks for sinfully greasy chicken is not that bad. And the Original please!

3. Buy back-dated magazines. I’m not talking about 2006 French Vogue but more like magazines from a couple of months back. I can get Flaunt magazine for 19 bucks instead of the usual 30 plus for each brand new issues. Well just one minor problem here… Being the magazine junkie that I am, I tend to buy like five to ten magazines at one go…

4. Explore the newly up and coming night spots which offer free entries and if you’re lucky enough they even have special promotion for that Black Label that you really craved for. There was one time when we tried checking out this one club that we had never been to before. They played Blue Da Ba Dee and had strippers wearing cowboy hats on the pole which really brought it up to the next level. We stayed for like ten minutes before hopping into another cab to Zouk. We ended up paying double that night…

5. And find any extra possible income. With the price hike of every possible thing that involves money, we need to have a little extra in our Paul Smith wallets to keep up and make it through until the next paycheck comes along. I’m serious about this particular one because living in the city has taught me a lot of things. God knows how difficult things had been for me lately. Take it from me people, we are all just the slave for money.
Song playing inside my head: Ray Lamontagne's Trouble
Fabulousity Life