On Lily Allen and Playlist 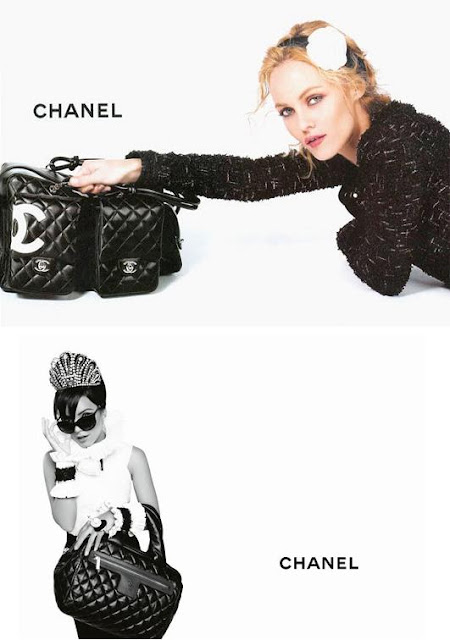 Lily Allen happens to be one of the hottest search here at Fash-un-able. I believe people out there really missed her sharp and witty blog on Myspace which she had to shut down after being bombarded with too much of controversy.

But here's the latest news on Lily Allen. Apparently, she has been replaced as the face of Chanel's Coco Coccoon bags by Vanessa Paradis. Karl has obviously changed his mind about Lily Allen and a source told Daily mail that'He instructed his people not to invite her (to Chanel party in Cannes). He is very strict about who can represent the brand and there is a feeling that Lily is too much of a party girl.'

Karl was upset when Allen got very drunk at a party at his house last year and just like that she went from a muse to bemused.

So go on Lily! Sing your blues to the playlist of the week: Sex and The City 2 Soundtrack