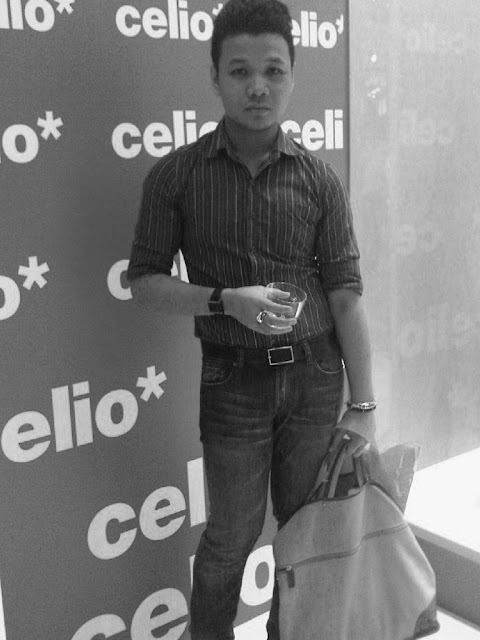 At the party wearing shirt by Key Ng, jeans, belt and bracelets from Topman and bag from Seed

A couple of days before my birthday, I was invited to the opening of Celio's first boutique in Malaysia. It is also the biggest in Asia which carries Celio* Club, Celio* Casual and Celio’s Sportwear. Not really familiar with the brand but I knew that it's French. 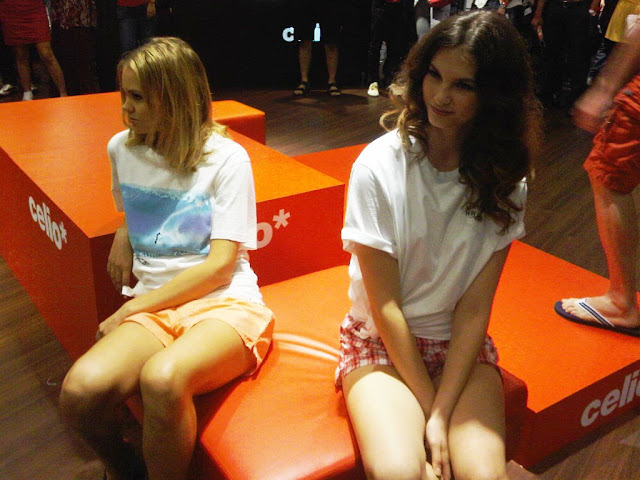 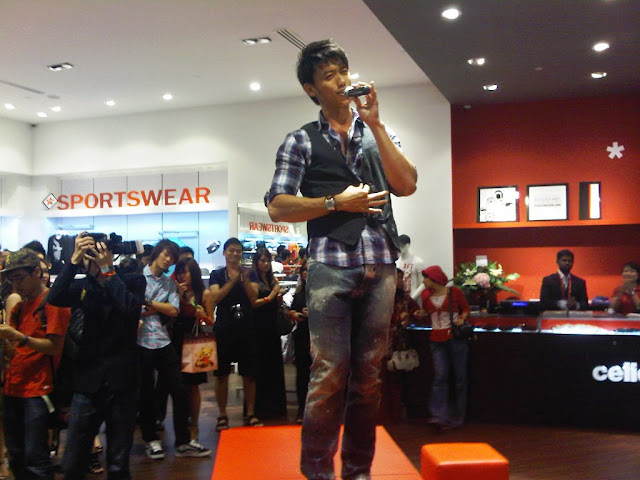 I was late for the party as always. But they always start the party late anyway. So even if I was one hour late, I won't miss that much.

The party was alright. Everything was red and the attendees are all wearing red as well. I changed my mind the very last minute and opted for a boring, stripe Key Ng button front shirt. I like it but not the right one for the party. 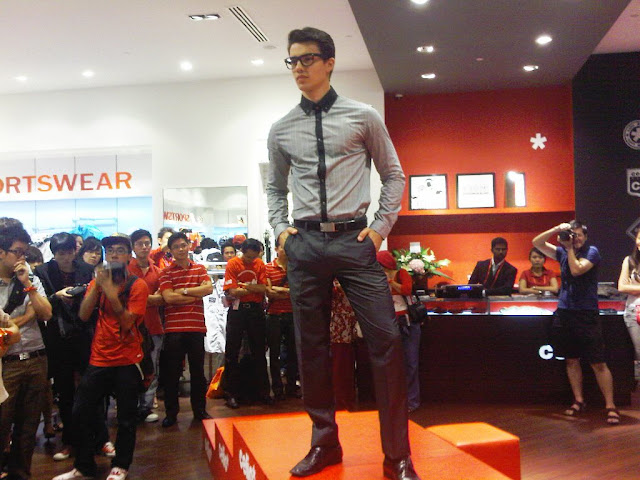 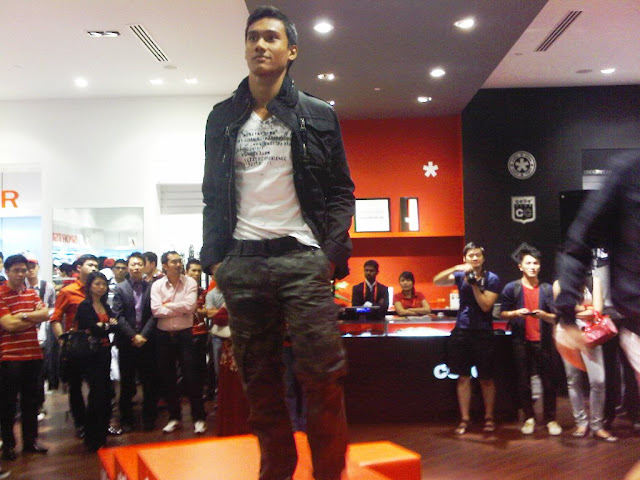 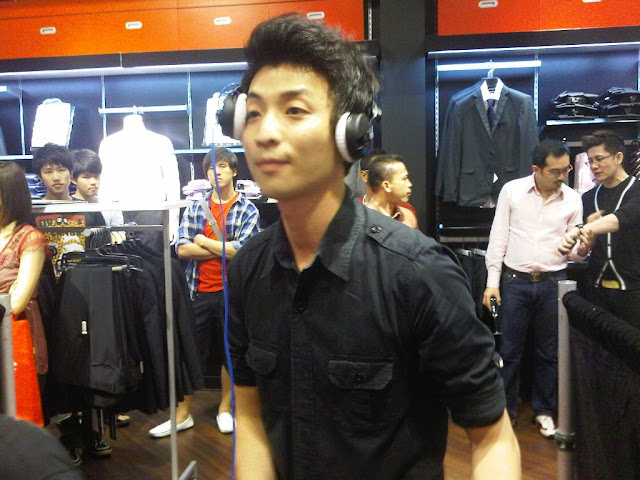 The emcee of the night was Hansen of ntv7's Breakfast Show. I don't know if he's still doing that show tho. The models are hot, clothes are quite good and the booze didn't hurt either. 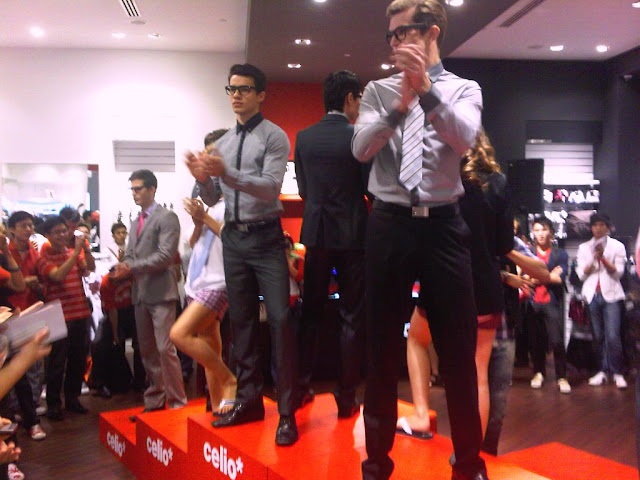 I don't know if it's true but the red canvas belt they were giving all of us after the party worth something like RM 268.

Read more about the event and Celio* HERE

Song playing inside my head: Robyn's Hang With Me