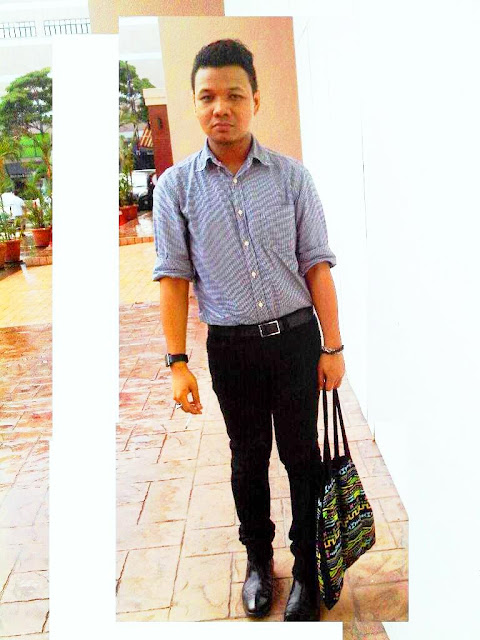 Wearing shirt from Old Navy, belt, skinny jeans, bag and bracelets all from Topman, boots from Hush Puppies, bracelet from Forever 21 and Casio watch
I love Kings of Leon. Sometimes I try to dress like Caleb Followill in black skinny jeans and boots and checkered shirt. But hello! I'm not as thin and scruffy. But I guess there's no harm in trying ...

On another note, Kylie's album that I have been pushing since the day of its release, topped the UK album chart and knocked Eminem off the top spot! Yay! But I wonder what the hell are those people thinking buying Eminem's album

I kept on saying how listening to Eminem is such a pre-milennium thing to do. But currently I have been loading up my playlist with songs from the 90s. I don't know. I just feel like reliving back those times when RnB was still untouched by the autotune, TLC still had three members and Mariah Carey was still the Queen of Billboard Hot 100.

So, here are songs from the 90s (mostly late 90s) that have been draining the battery of my I-pod;

Anonymous said…
Genial brief and this fill someone in on helped me alot in my college assignement. Thank you on your information.
August 14, 2010 at 10:32 AM