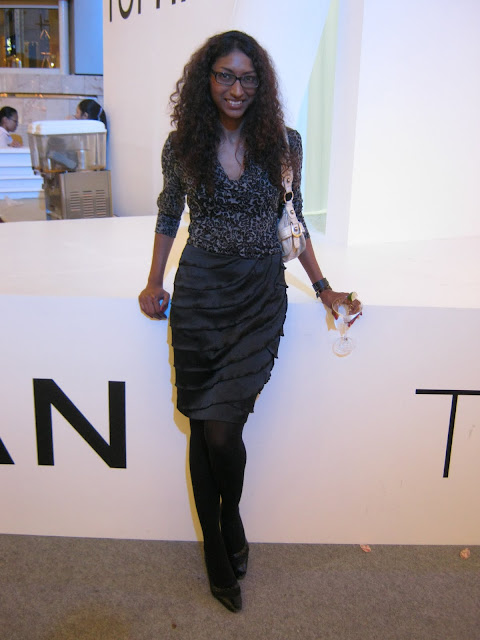 I had a little chat with Malaysian model Jay at the Topman party two weeks ago. I just wanted to say hi but ended up switching to my interview mode as we get deeper into the conversation. She was very friendly and has this smile that you could never missed despite her being in her disguise outfit of dark color and geeky glasses.

I was a little bit behind with what's going on in Malaysian scene. So I had no idea that she got married in August last year. Jay also mentioned about how she has a full-time job now and modelling is only a part-time thing for her now. 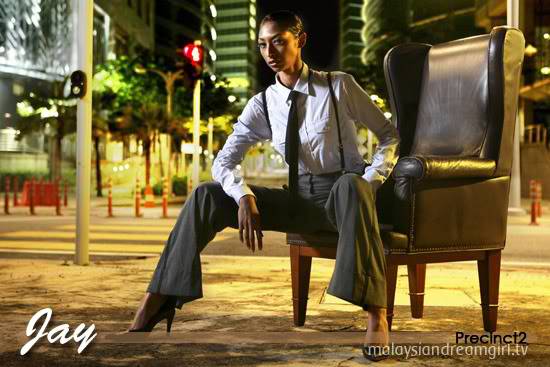 I was quite shocked when she revealed the amount of money that models is being paid each time they walk on the runway. I have to tell you I was expecting at least twice the amount that she told me. Unless you walk two or three shows everyday and have another job in the sideline like Jay, it definitely is not easy being a model in Malaysia.

And we also talked about all these foreign models who earlier spoke in this weird language that I don't understand at the bar. It turned out that they are Brazillian and they speak Portugese. I have to agree with Jay when she said something about how it is much harder for people to relate to these European models especially when they show Fall/Winter collection like for Topshop/Topman earlier.

We need more local faces on Malaysian runways. Like how many female Indian models do we have aside from Jay? What about Malay and Chinese? It's funny how we have like millions of Chinese population here in our country but they have to bring in models from China for MiFW.

So I ended my little chat with Jay with a photo and exchanging of business cards. She said I took the best photo of her for the night. Oh she told me she reads Emmagem too!