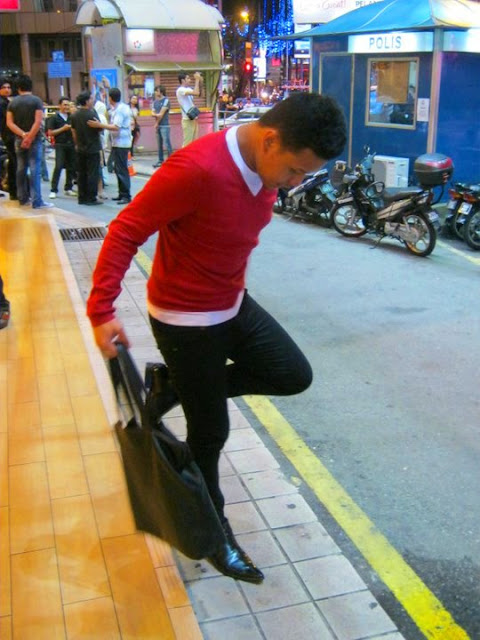 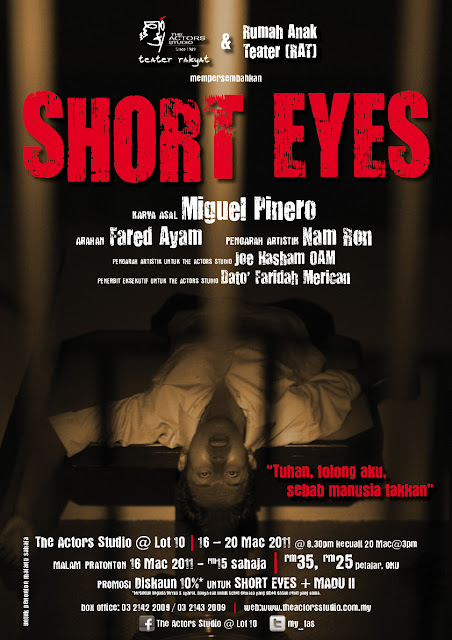 Last week on Wednesday I rushed home after work, changed and met my friend to catch a local play titled "Short Eyes" at The Actor's Studio Lot 10. It was the premiere night and the audience got the ticket for half of the original price.

Originally written by Miguel Pinero in 1974, this localized version is directed by Farid Ayam. It tells a tale of the outcasts and their struggle with guilt, consequences and fear. Set in the back drop of prison cells, it showcased some serious raw acting talent of our local young actors. I'm not a regular in Malaysian theater scene so I'm only familiar with two out of all 11 actors in the play. Well just simply because Nam Ron and Zahiril Adzim have both been acting in local TV series and movies. 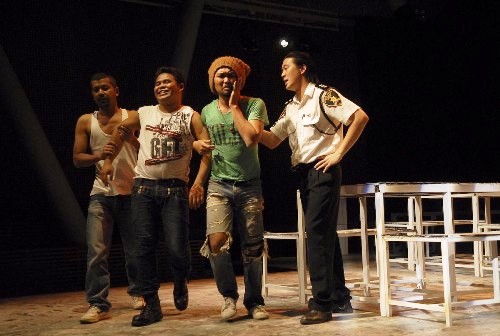 Photo from HERE
But I have to say I was very impressed. Although the black, white and Latino references were quite confusing at times, I love how each of these tough characters have their own little vulnerable side to them. It just shows how we are all scared of something regardless of the persona we try to put forward for others to see.

Today is actually the last day to catch this great play. So by the time you read this, it might have already ended. I'm just happy to share my excitement over this nonetheless.

For those who missed it, you can read more about it HERE along with a full review in Malay.

Song playing inside my head: The Shin's Caring Is Creepy