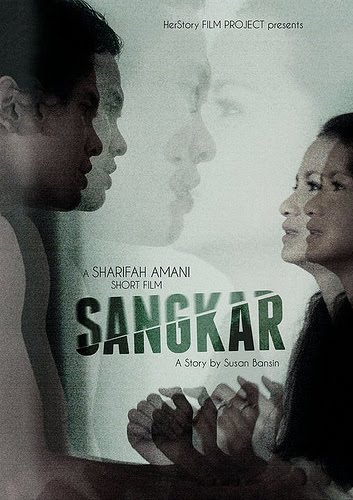 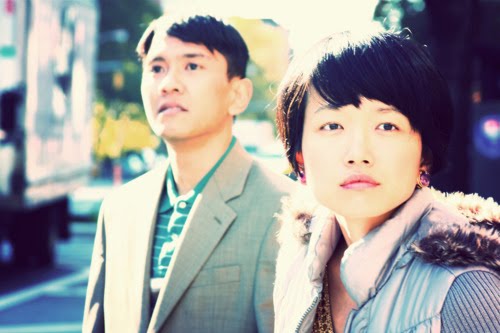 Still from Hujan Panas
Whenever there's no good fashion events to go to, my friend and I love to play film critics. I'm talking about the real full on merciless bitchy type film critics. Even bitchier than Ben Lyons.
Instead of going to fashion related events, we'll go to film screenings. Not all of them worth mentioning tho. Some of them felt like watching a camcorder turned on by accident. Not in Kim K and P.Hils kinda way. But I guess you know what I mean.
But two short films shown at The Actors Studio in collaboration with WAMM a few weeks back really surprised us. Us here refering to myself and my forever pain in the neck accomplice, Shikin.
The first one was Sangkar (Cage) by Sharifah Amani. This short film is the young actress' directorial debut and being supposedly mentored by the late Yasmin Ahmad, it has her signature written all over it. I'm not an expert but in terms of originality, there's not much of that going on here. I have to say that the storyline and the subject are quite interesting. But Amani couldn't take all the credits for it as it was based on a true story.
Read a full expert's review HERE
The second short film shown that evening was Hujan Panas (Afternoon Rain) by Nadiah Hamzah. I was very impressed by the talent of this NYU student. Hujan Panas reminded me of Sophia Coppola's Lost in Translation but not in a copycat-wannabe kinda way. Shot entirely in my hometown of New York, this short film gelled together a good storyline along with impeccable acting talent of the lead, Beto Kusyairi. Looking forward to more of Nadiah Hamzah's work in the future.
Read a full expert's review HERE 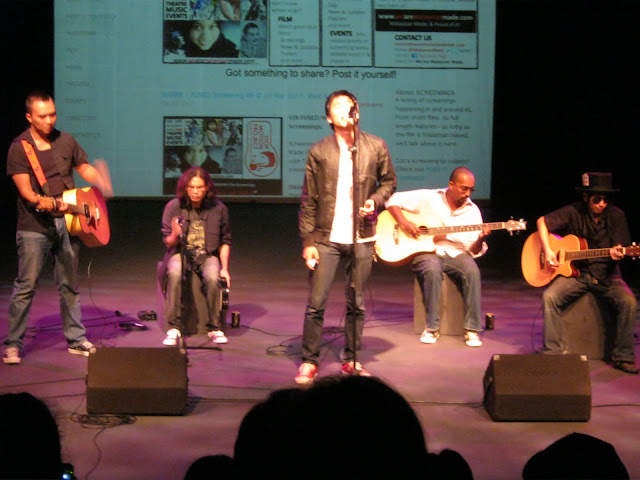 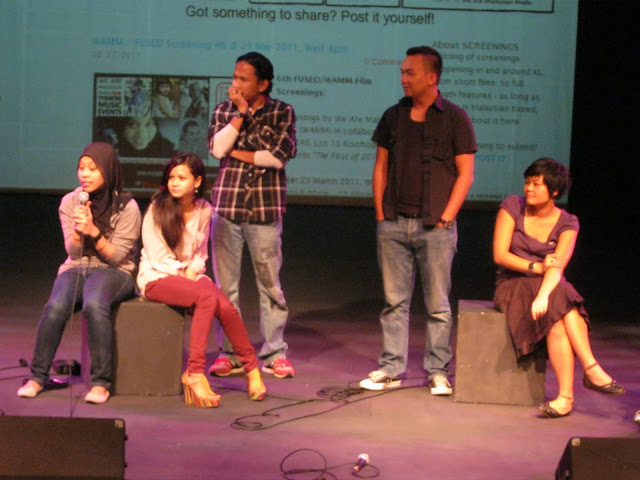 The young directors discussing their works
As for the screening event that evening, the air was cool and laid-back with opening performance by local band Rollin' Sixers who also debuted their music video right after their three-song set. The discussion at the end was a bit pointless tho' as most of the attendees were singing their praises to the directors instead of asking good questions and discussing the films.
Well I didn't ask any question at all. By the time they started the discussion, I was busy tweeting about the death of Elizabeth Taylor.
So much for film critic huh?
Song playing inside my head: Regina Spektor's Us