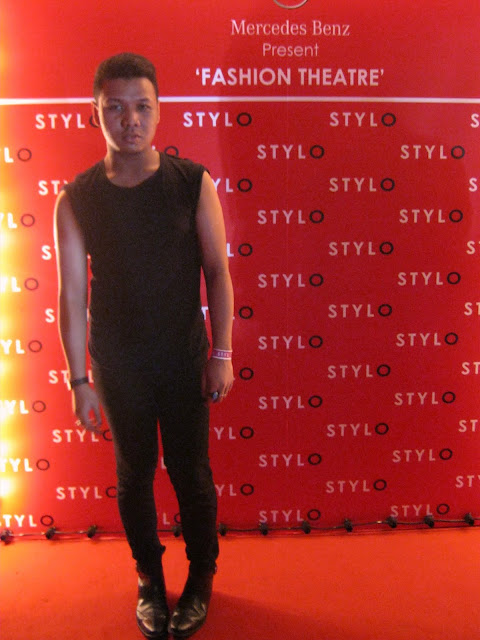 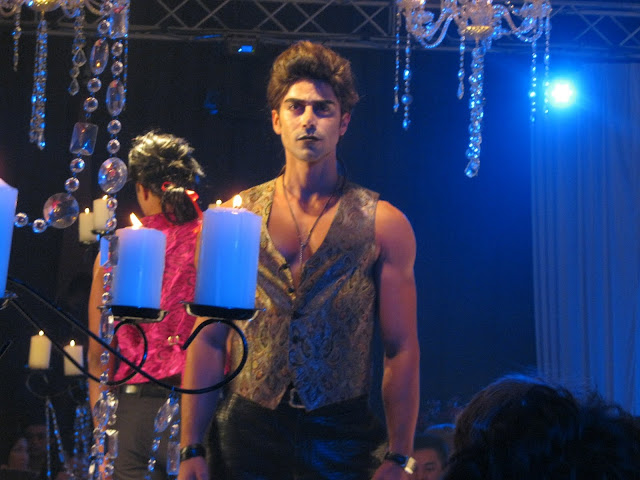 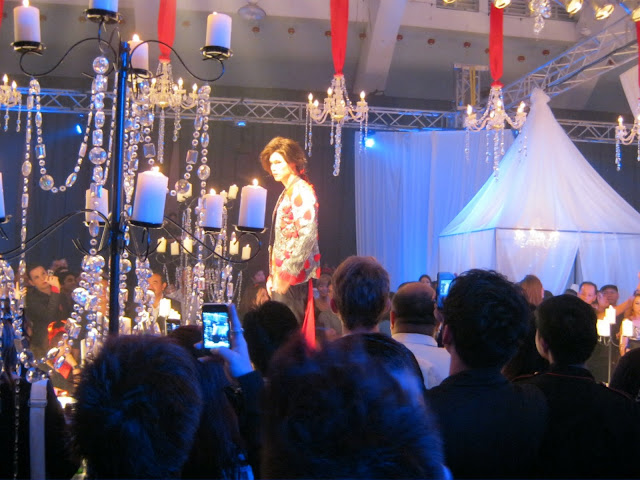 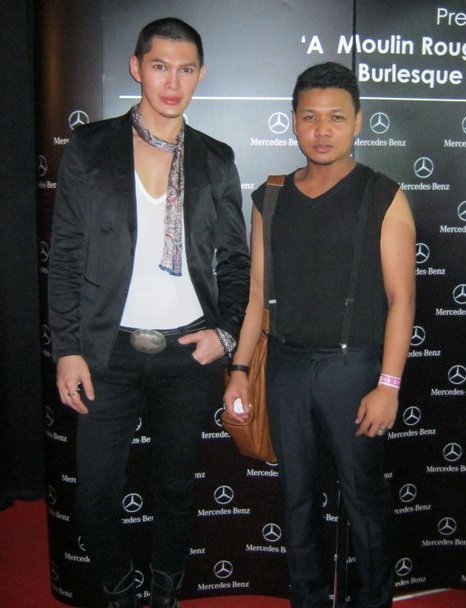 Trying to keep up here, so here’s part two. I can slap me on the face for publishing old news but you have to understand that I’m a one-man show and currently working two jobs. My laptop is slow and my brain can hardly focus on writing after 6pm.

So I attended another two STYLO events and one of them happened to be “Interview with the Vampire” Pre-opening party where it was all about men’s fashion inspired by all things Dracula, blood splatters and spider webs. Local designers Key Ng (my fave), William Liew and Bon Zainal created looks based on the theme of the night and sent them down the runway with most of the models donning black wigs and even darker expression on their faces.

The show was ok but I was not really jumping off my seat. The male “dancers” performance at the end of the show was a bigger hit. I got candle wax from the candle stand at the end of the runway landed straight on my shoulder and I didn’t even notice it until one of the STYLO girls started to point in my direction! Ha-ha! It was so damn embarrassing.


The final night was the “Moulin Rouge” Gala where awards were given to the winners of Mercedes-Benz STYLO Fashion Award. Here is the list of winners for that night: 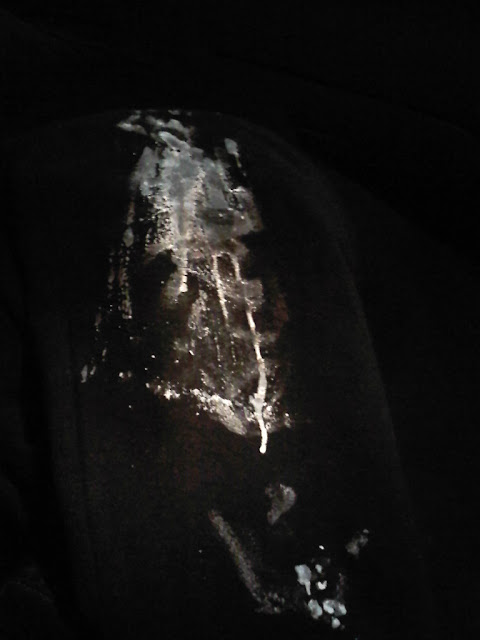 There goes my Zara jacket 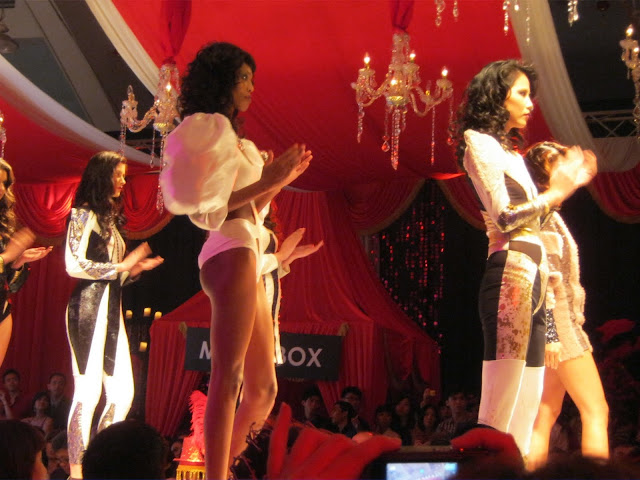 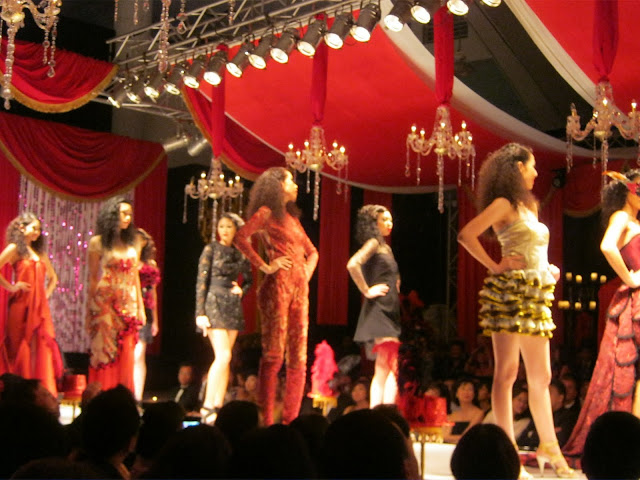 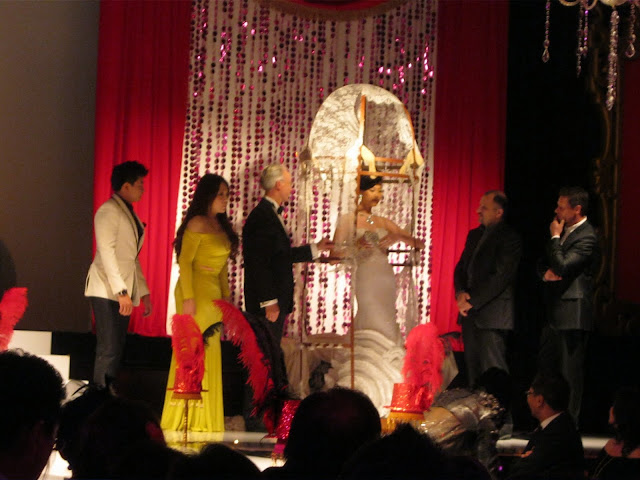 The invite said Moulin Rouge so I decided to wear a simple plain tee with suspenders, blue slacks and black boots. Well I thought I look like one of those street kids in old French movie or something. But as I stepped out of the car, I saw these other people in their suits and jackets. I panicked and changed from my almost see-through white tee into a black one that I brought along just in case. So nipples were saved for the night.

Oh! Who could forget the unveiling of the USD3.5 million purse by Robert Mouawad! The heart-shaped purse was handcrafted out of 18 carat gold, 4517 diamonds (105 yellow, 56 pink and 4356 colorless). I wonder how heavy it was.

London-based Korean designer Ara Jo also showcased her collection for AW 2011 on the runway that night and the fact that Lady Gaga has worn one of her designs was repeatedly mentioned throughout the night for at least 10 times. OK! Lady Gaga! We got your point!

Well STYLO was a lot of fun. I just wish that the venue was not that big of a “secret” which ended up making it almost impossible to reach. But I’m glad that it was not right smack in the middle of a shopping mall either. Ahem...