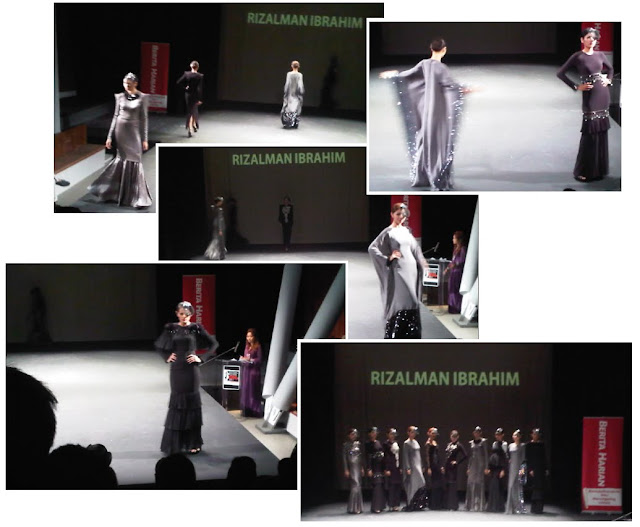 These past few weeks have been hectic. Been trying to put everything back into place including my new room and piles of work that I have been putting on hold back at the office. Ooh! And there's also my weekly articles for Emmagem which lately demand insane amount of research.

Well I'm quite excited about my new room. It's slightly bigger than the previous one. It's newly painted with attached bathroom and nice view outside of the window and white tiles bla bla bla... But I guess I'll save that for another entry because I want to talk about FFKL 2011 (Kuala Lumpur Fashion Festival 2011) which took place for three days last week at The Actor's Studio Lot 10.

Yes it was a very small and limited space to have a fashion festival but it was actually quite enough for a simple event like FFKL. There was no unnecessary frills, just series of fashion shows with local singers performing in between. No gimmick, no booze (urghh!)but yeah I did see some skinny boys in heels and fat tranny running around in cheap wig there!

There's a lot of nasty things to say about FFKL 2011 but I prefer to highlight on the fact that I love how simple and unpretentious it was. It was very basic with mostly Malay crowd. Designers who showcased their collections include Rizalman Ibrahim, Radzwan Radziwill and Salikin Sidik. Their designs stayed true to the theme of Malaysian fabric of tenun. 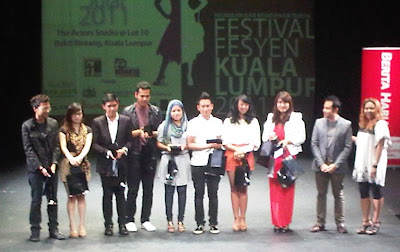 New up and coming designers who participated in the competition

I was actually there on a friend's invitation. He had to practically dragged me by my shoe string because I didn't really feel like going in the first place. The timing was not right. I had boxes and unopened packages waiting for me all over my bedroom floor and the show started at 8pm which means I had to rush home from my office, change and take two trains to Bukit Bintang.

And the worst part was I couldn't find my memory stick which explains the blur images taken with my Blackberry. I didn't even take my own photo!