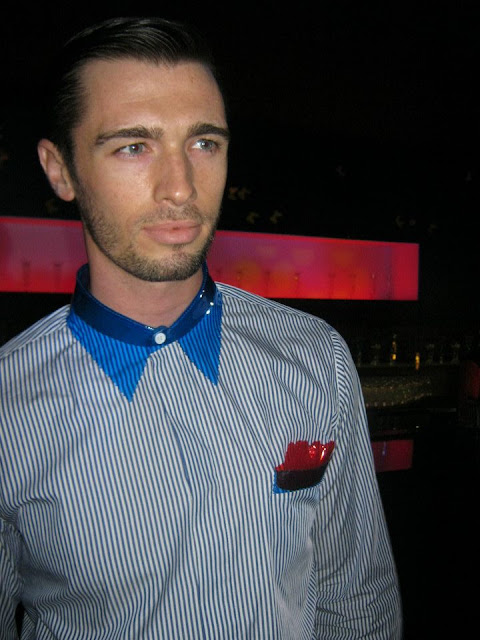 Carl modelling a look by Gallo by Thian 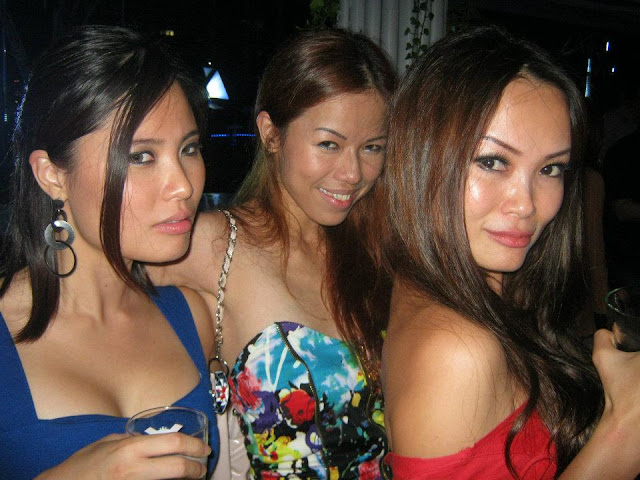 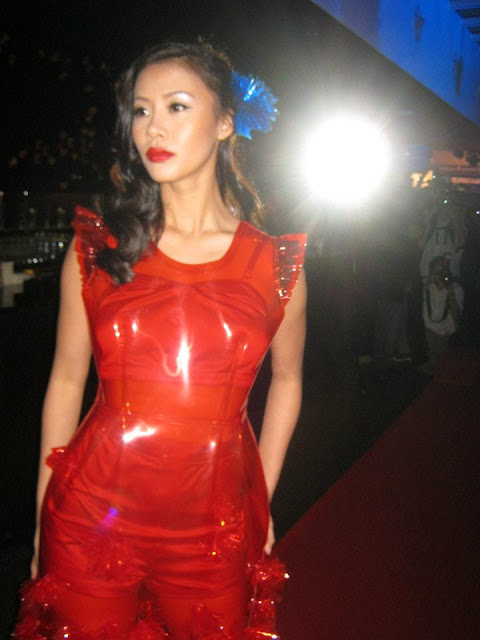 Another look by Gallo by Thian

L'Aperitif Fashion is the French version of Happy Hour. It celebrates togetherness and fashion which is exactly what the first installment of the event was all about. Everyone was dressed up to the nines at G-Tower for the event. Jimmy Choo was there as well as other familiar faces in local fashion scene like Amber Chia, Andrea Fonseka, Gillian Hung and designer Keith Kee.

The fashion show that night was courtesy of Gallo by Thian. The look was vintage-influenced with French and local mash-up. The use of clear plastic materials was inspired by the colors of Kronenbourg 1664. 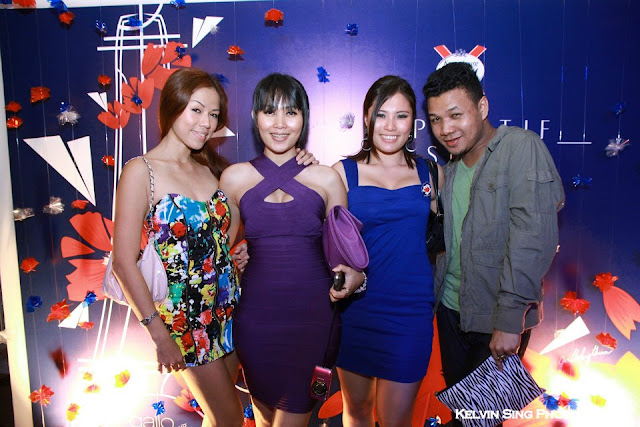 Like the only time I had my jacket on with Angeline, Stephanie Liah and Steph Ng (Photo by Kelvin Sing)

Josiah Mizukami is the ambassador of L'Aperitif Fashion and did a great job at hosting the night's event.

I was sweating like a pig throughout the night. Thanks to my poor judgment of wearing an army jacket at an open-air space. What was I thinking...

Song playing inside my head: Bic Runga's Bursting Through