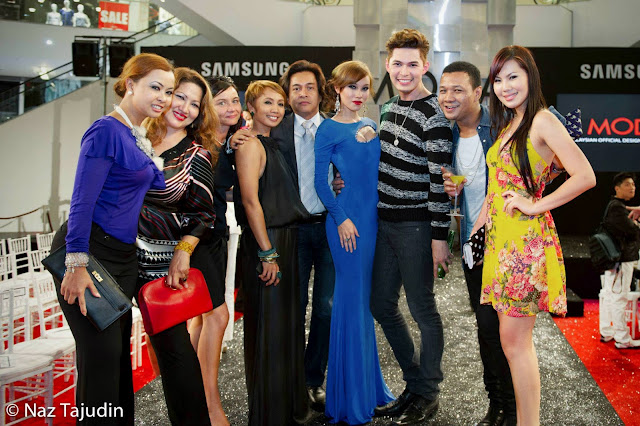 
This is all of us at MODA 22nd Anniversary held at Pavilion a few weeks back. Christina was the muse for designer Leslie Variyan under his label Variante. Everyone was there, it felt like STYLO all over again!

I skipped the YODA (Young Designers Associates) showcase earlier in the afternoon and decided to meet my friend Steffie for a very late lunch instead. Raj was raving about how good Bernard Chandran looked with all his hair and newly buffed physique. I was hoping that he would show up at the MODA UNITY Showcase that night but unfortunately he didn't :( 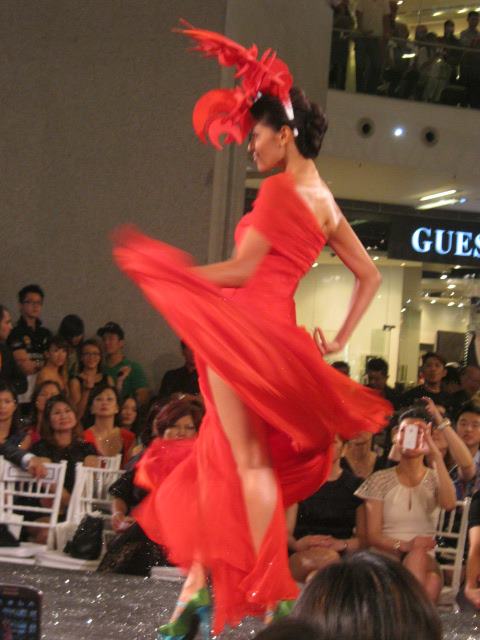 Well there was still plenty of eye-candy to look at that night, on and off the runway. 30 designers showcased their creations on the runway right smack in the middle of Pavilion. Alvin Tay started the show with a very promising collection of dramatic black sequins and rosettes. Carven Ong's flowy goddess dresses also caught my eyes. When I saw the hats on all the models, I instantly knew they were all by Bremen Wong. You want to bring on some drama to the runway? Put Bremen Wong hats on the models.

I lost interest halfway through the show after seeing collection of dresses with something that looked like menstrual blood patch on the crotch and another collection of bird of paradise on acid. So I decided to hit the cocktail bar and stayed there for the rest of the night for a little chit-chat with my sista-fren fashion stylist/designer Ori Chiew and Fashion TV's Joanna Chee. 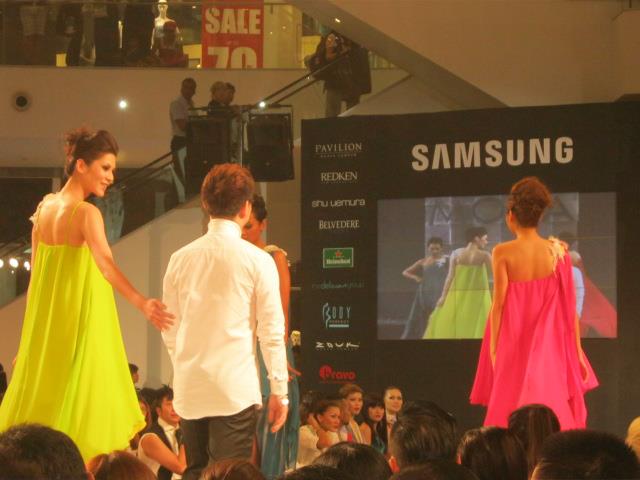 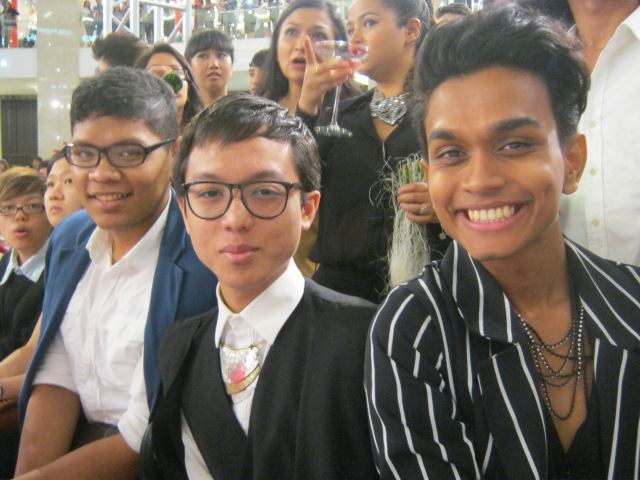 The boys. So gossipy but I could barely hear them from behind me. L-R Afiq, Zakwan and Ashman.

It was one hella successful event. Only Mama G can pull this off- getting all these beautiful people together in one place, although some had to unfortunately stand for the entire show. Yours truly managed to get a seat. Not only one but two for my friend Steffie as well. And ya know what? I fought real hard for those seats! Lol!

So I would like to wish Happy Anniversary MODA and of course congratulations to the one and only Mama G!