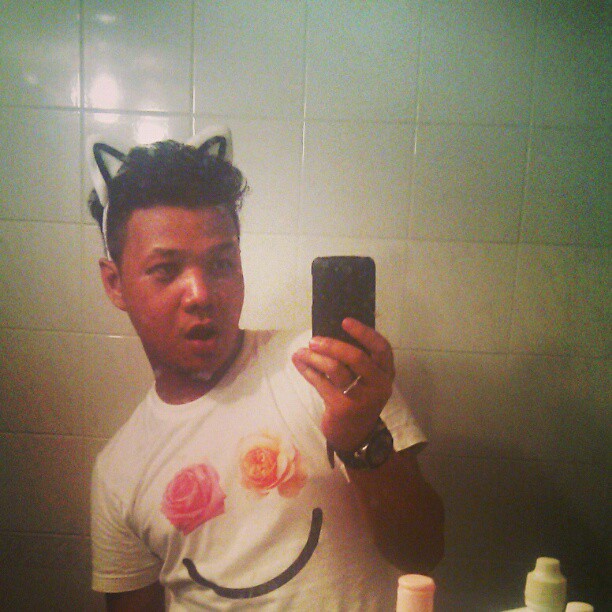 
Been meaning to update since late last year but I've been super-busy, things crumbled and everything else just gets too complicated. Not complaining! In fact I have taken the initiative to start a one-line-a-day gratitude journal where I can jot down one happy memory of the day. It's good for me plus it's a good excuse to finally use my Ben Sherman Moleskine notebook.

2013 is here and it has become my sweet little tradition to write a recap for the year that has passed. As much as I would like to remain positive and look on the brighter side of things, 2012 was mostly bitter with just  enough sweetness to keep it from being 'tragic'. It was a whirl-wind journey- I was lifted up towards ecstasy and pushed deep down into some really dark hollows repeatedly.

But let's cut the drama because I've had enough of it. I just want 2013 to be a better year. I seriously don't mind the crazy ride. I just want this year to have a perfect balance of everything because I believe I deserve it after all the bat-shit craziness that I've gone through last year.

I just want to build a career and focus on things that I intentionally wanted to do instead of drowning myself with fake praises and attentions. I think I've had enough of 'distractions'.

Although fashion will forever be my passion, I've learned how life is much more than that. Yes a pair of shoes will make you happy for like 10 minutes and an invitation to the opening of the hottest designer store in town will flatter you but what happen when your 10 minutes were up and the party was over?

Having said that, the best part of 2012 was getting to know people that have now become my real close friends- more than just drinking buddies and fake air kisses at the party. And these new bunch of friends are people that I can really look up to- from designers to experienced writers, TV hosts, activists, prominent figures of the local art scene and royalties. It's unbelievable just to think of the impact that they have made in my life. The amount of experience and knowledge shared between us are definitely much more than I could ever asked for.

Enough of this emotional rambling and sentimental flashbacks, I just want to look forward to a better year. Cut the crap and let's do this time.