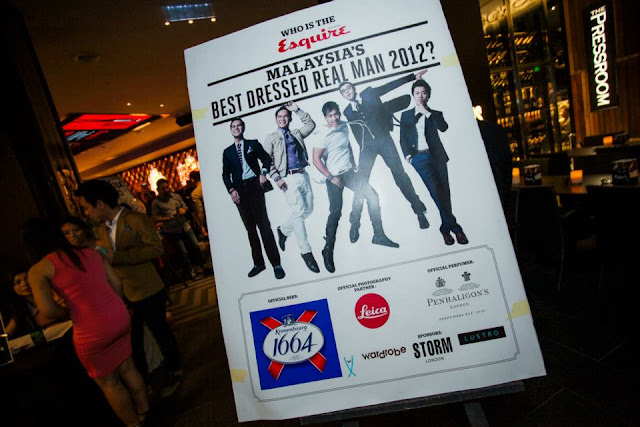 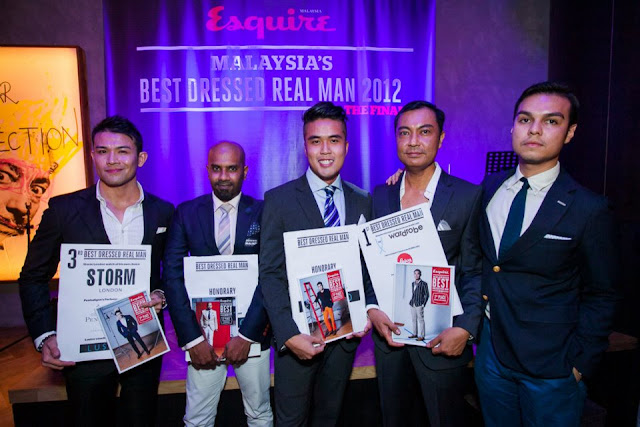 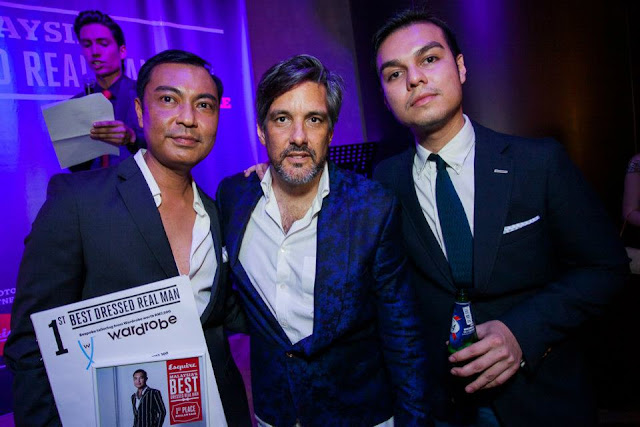 Roslan, Sam of Esquire MY and Rudy

Esquire Malaysia announced their Best Dressed Real Men in October last year. I was not there obviously because the party took place the night before Raya and I had to be in my hometown but photos we're emailed to me with all the details. It's just that I've been so busy that it took me ages to put them up here.

So Roslan Said a 43-year-old design associate took home the coveted title of Malaysia’s Best Dressed Real Man 2012. Rudy La Faber, 2011 Best Dressed Real Man thought Roslan carries himself well and he liked that he was older and willing to join a competition where he knew that most of the competition would be young dudes. He still brought it to the table, out-dressed the others and also knew what he was talking about.

If you are one of those dandy-daddy out there, you should definitely give this a try this year. I've been approached on several different occasions to enter this but I'm more of a t-shirt and weird accessories kinda guy.

So not Esquire- ish.