on July 19, 2013
Let me take you back in time and rehash a moment from the past this Friday afternoon. Yeah...weekend is here. Just about less than an hour before I can leave the office. The plan is to read Flaunt magazine in bed, while watching some trashy Hollywood comedies before I doze-off and wake up on Saturday afternoon.

Now I would like to recall the great time we had at Mercedes-Benz STYLO Fashion Grand Prix earlier this year. We had insane amount of fun and just like STYLO from the previous years, I made tons of new friends.

And of course, I showed up at the menswear gala (Men Have No Secrets) in a retro-inspired jacket by Malaysian menswear designer du jour--- Fairuz Ramdan. I later discovered-- well actually just a few weeks back, there was this certain character who went to the extreme and claimed himself to be a celebrity (when he's not)  just so that he can wear a custom-made jacket by Fairuz Ramdan for an event. 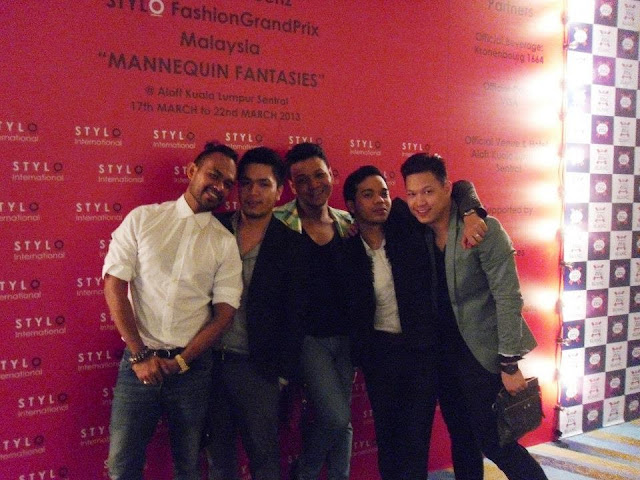 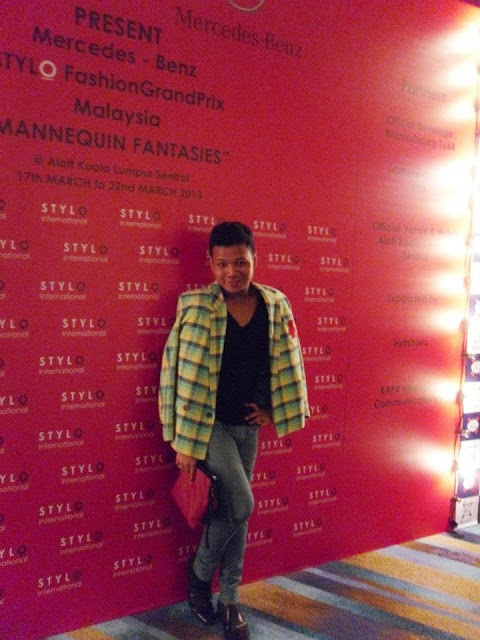 And then there's me who bitch about their designs behind their backs, just like what other fashion writers do. Okay I'm kidding.

Well I guess it's time to go. Clock says 5pm!

Song playing inside my head: Rilo Kiley's Let Me Back In