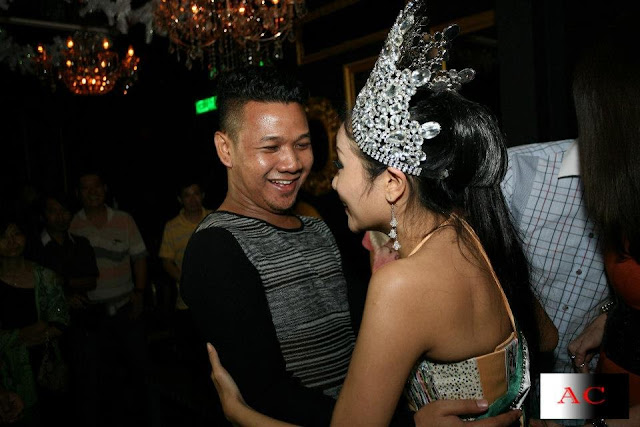 Me and my friend Irene Tan, Miss Petite World 2013

In the wake of controversy and all the broo-haha surrounding Miss Malaysia World 2013, I decided to let them all do the talking and not say a word. Unlike my friend Yusof of the blog Pageant Island (he's an expert), I know next to nothing about beauty pageant. Well I've been to quite a number of finals these past few years and I've been very fortunate enough to make friends with some of the winners and participants but if you ask me, I spend none of my time thinking about it. Just sayin'...

So I guess it's not that big of a deal. Muslim girls are not allowed to enter any major beauty pageant because of the swimsuit round which doesn't resonate well with the religion but could be considered as the crucial part of the competition. It makes a lot of sense for Muslim girls to "assume" that they are able try out this year when Indonesia (the host of soon-to-be-held final competition) cancelled the swimsuit round for pretty much the same reason (protest from religious groups, being a Muslim country bla bla bla).

Unfortunately, that didn't happen. All four Muslim girls who made the final round had to withdraw from the competition. The final was held last night and saw gorgeous Punjab girl, Melinder Bhullar took home the coveted title of Miss Malaysia World 2013.

I wasn't there but from the photos that I saw on Facebook, they decided to go on with the swimsuit round anyway since there were no Muslim participants in the final last night..