Yahoo-MAS Cili Padi Awards: The Competition Is On! 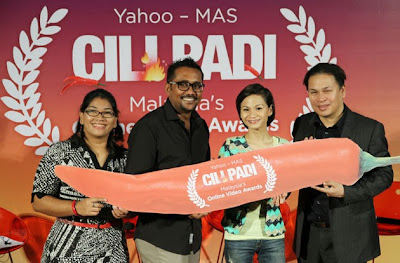 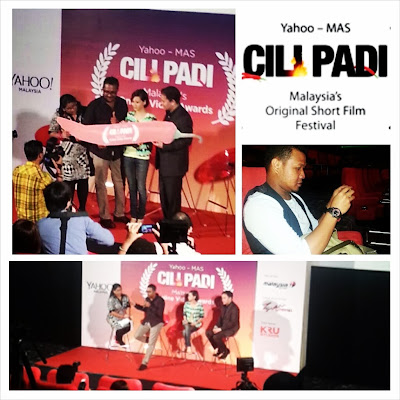 Looking at the growing consumption and demand for video content in Malaysia, Yahoo have announced an interestingly titled short film competition, ‘Yahoo-MAS Cili Padi Awards’. I was there at the press conference a couple of weeks back.

Yahoo is inviting filmmakers – amateurs and professionals – to produce movies under three minutes and be in the fray for prizes, in cash, kind and above all, fame. Yahoo-MAS Cili Padi Awards will run from October 28 to November 11, 2013. If you are a Malaysian citizen above the age of 18, you are eligible to enter the contest by uploading their short films of up to three minutes on www.cilipadiawards.com. Well a lot of questions raised at the press conference about the short duration of the submission. But according to Sharifah Amani who is also one of the panel judges, it is not entirely impossible. Instead participants should see it as a challenge and find their own way of telling their stories regardless of the time constraint.

Participants will need to work hard to impress the judges, which will include film aficionados like Lisa Surihani and as mentioned earlier- Sharifah Amani alonf with Marc Lourdes, Country Editor of Yahoo Malaysia and Khairul Syahar Khalid, Head of Advertising & Promotions Dept, Malaysia Airlines.

The top 30 entries will be shortlisted and assessed by the judges on 18 November 2013. The winners will stand to bring home RM20k in cash with the second and third place finishers receiving RM12k and RM8k respectively. In addition, the winning team will get an internship at KRU Studios. Giving a grand platform of exposure to the winning films is TGV Cinemas who will air the winning films across their cinemas nationwide for three weeks.

So all of you aspiring film makers out there you still have a few more days to submit your three-minute masterpiece. The top three winners will be announced at the premiere on 23 November 2013 at TGV One Utama’s Luxe Hall.

All the best peeps!