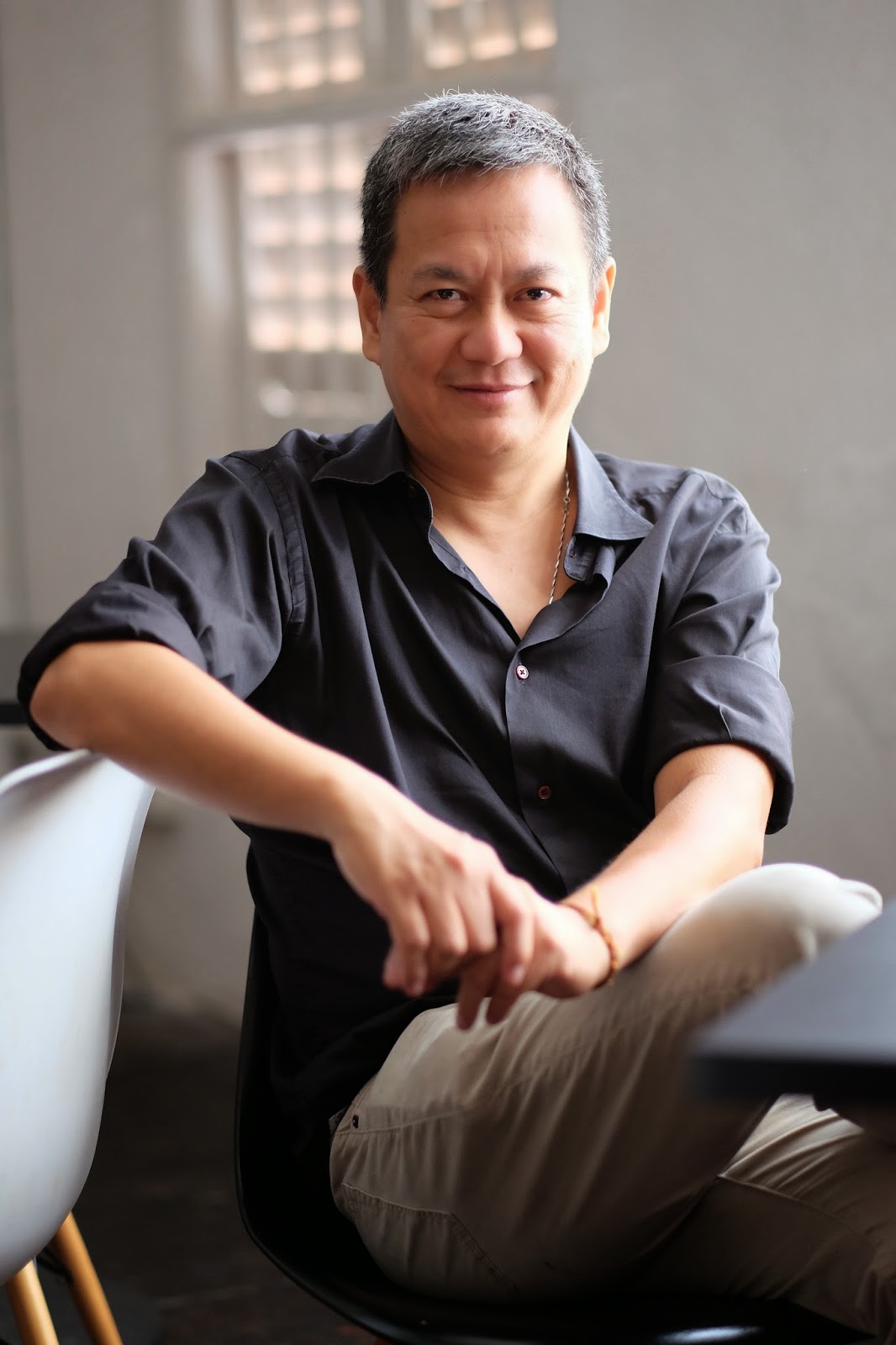 I met Teong Hin at the after party for MODA Anniversary back in 2012. I had no idea who he was but since I was already 'happy' from all the strong vodka that I was sipping throughout the event, I just couldn't stop talking and asking him so many questions.

I can't recall how I managed to find him on Facebook the next day but I just did. I ran Google search on him like I always do after meeting way too many people and having way too much fun at a party. And there it was, all the praises and mentions of his past works like Puteri Gunung Ledang, Emily of Emerald Hill and the Sudirman tribute- Chow Kit Road! Chow Kit Road! at Istana Budaya.

I always have a lot of respect for a person of pure talent like him. Someone who really pushes himself forward and does amazing things unlike those who think they know better just because they travel abroad and read foreign publications. I also observe the current trend in our local entertainment scene. Those who are so good with PR can simply talk their way up to the top and convince others that they are so good at what they are "supposed" to be doing (ie: designing, singing, acting, DJ-ing, acting, emceeing etc). The truth is these people are either mediocre or just plain talentless. Sorry

But Mr. Saw Teong Hin is the real deal. 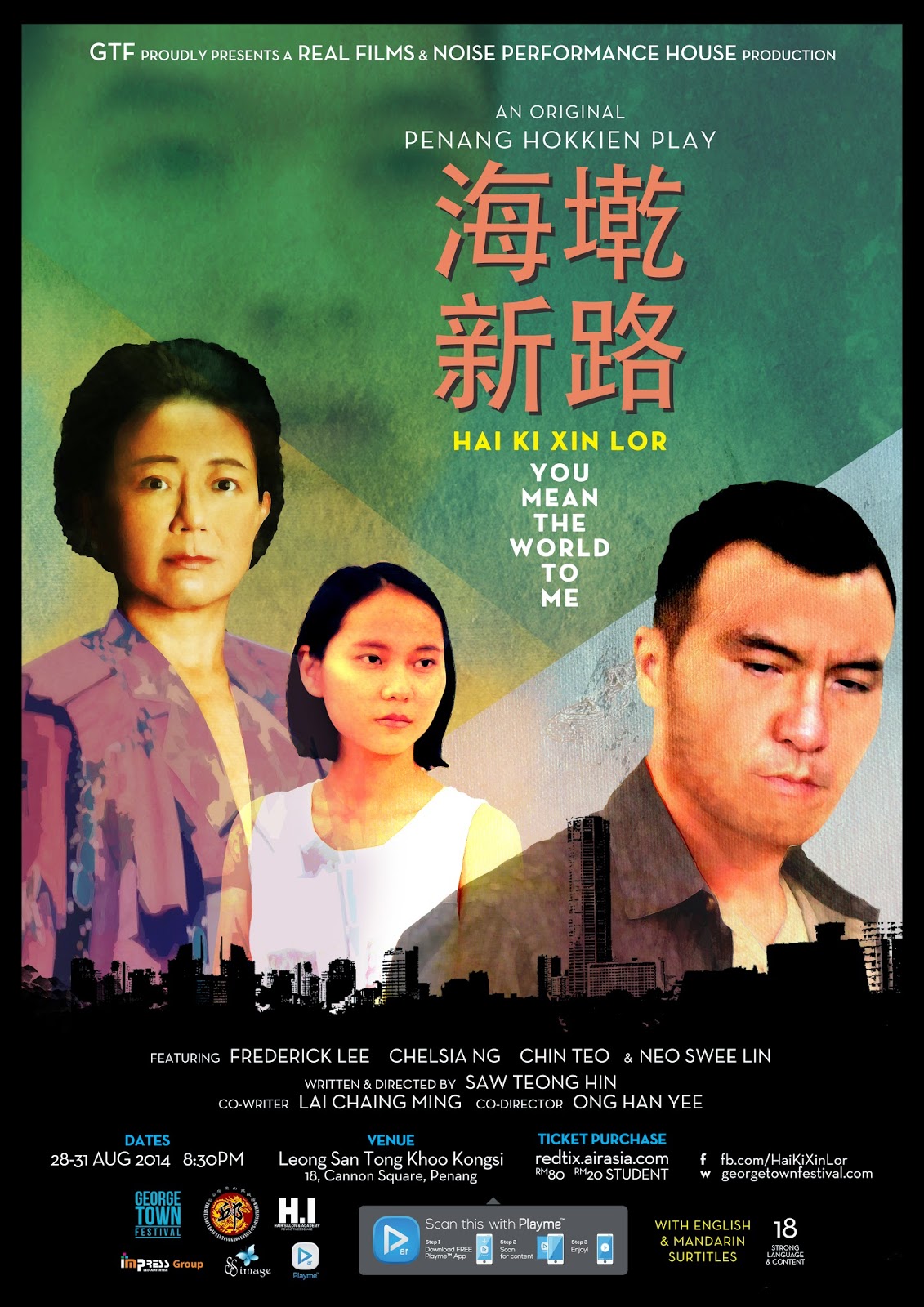 That's why I am so looking forward to watching his latest play in Hokkien- Hai Ki Xin Lor (You Mean The World to Me). I heard it's coming to KL (hopefully) real soon. The play, written and directed by Saw Teong Hin was the closing event for George Town Festival 2014 back in August. Too bad I couldn't travel to Penang for the show. With my current job and deadlines, even going out for dinner is a luxury these days.

What I managed to do instead was sending Teong Hin a bunch of questions about Hai Ki Xin Lor since it was all over my Facebook timeline and I want to get the word out there so that we all know what to expect when the production finally comes to KL.

1. How close is Hai Ki Xin Lor to your life story?

It's almost an autobiography. Not to be coy but (it is more of) a need to acknowledge upfront that memory is usually unreliable and self-serving. To boot, dramatic writing calls for collapse of time-frames and characters, imagined situations and outcomes and various (of) other devices. "Based On a True Story" is likely more correct but somehow pedestrian. Hence, it was referred to as "Almost An Autobiography".

2. Are you nervous about staging something quite personal to the audience? What are some of the concerns (if any)?

I was nervous about my sister's reception. Though I have told her about what I am doing, I was not very sure how she would respond.

3. Any plan to bring the play to KL or have it rewritten in English?

There's talk about bringing it to KL but very early stages still. No, it has to be in Hokkien.

4. Tell me more about this 'ambitious' stage mentioned in the press release.

It's a special built two-storey stage and the audience seating is completely open to the weather. We were very lucky with the weather! :)

5. What do you hope to achieve with Hai Ki Xin Lor?

HKXL is an expression of love and gratitude to my family. Hopefully it will move the audience enough to do the same.

Well I guess early stage is better than no stage at all. I will keep in close touch with Teong Hin and once Hai Ki Xin Lor is ready for KL, you will be the first to know.