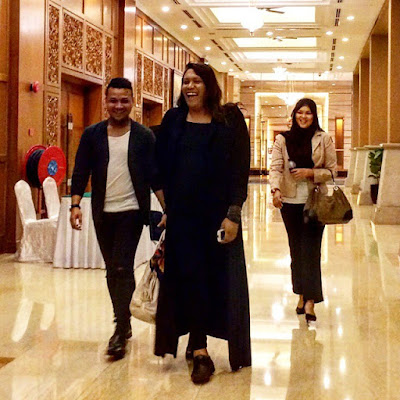 Sometimes I feel bad for abandoning this blog because this is where it all began for me. Now that I am a writer, I have lesser time for outfit posts and event updates. I also feel bad for turning this supposedly fashion blog into a travel diary with series of photos from my work trips. I have been writing for an in-flight magazine since late last year. It is a whole new territory but a great escape from the pretentious world of fashion. All the travelling is not so bad either. My last work trip was at least a couple of months ago. I can't believe I am actually itching to just book a flight ticket and fly off somewhere.

Since it is 4am in the morning, I just feel like sharing my thoughts over random things. If this is meant for a publication, I will have to rewrite at least five times to get it right.

For the past couple of months, I've attended quite a number of events. Since I was not on any travel assignment, I might as well show up at these events, add more stuff that I don't need from the goodie-bags to my collection (like a mini-gun lighter and charcoal soap) and have something interesting to upload to my Instagram account.

Some of these events (mostly fashion) are just fluff. One was held at one of the fanciest bar/restaurants in town, Marini's On 57 with James Bond theme none the less. Despite its promises  for greatness, I was cringing throughout, witnessing some of the most horrible looking garments known to humankind paraded down the runway on models that mostly look like people you bump into at Sogo and Masjid Jamek LRT station.

Some of my designer friends were in the show. Well they are my friends, so unlike the rest they are flawless.

And then there was another fashion event held at the rooftop Avenue K. It is a shopping mall but the event invite mentioned Malaysia's Book of Record and 'the longest runway'. I was curious so I dragged a friend to come with me. The said long runway was just a carpeted walkway that went up and one level down to the mall. I applaud the effort but it was not very well executed. The stage went blackout at least three times and there was no well-established local designer taking part.

We stayed for  half an hour and left after the emcee mentioned "finalists for modelling competition".

I guess I will still go these things out of curiosity and of course free drinks and freebies but I can't promise that I won't be bitching about it afterwards. It is not like travelling when you explore and see something new. Going to fashion events in Kuala Lumpur for me means seeing and being ignored by the same people, arriving an hour late thinking I might have missed the fashion show just to find out it hasn't even started and wondering why the hell did I pay RM15 for cab just to get there...