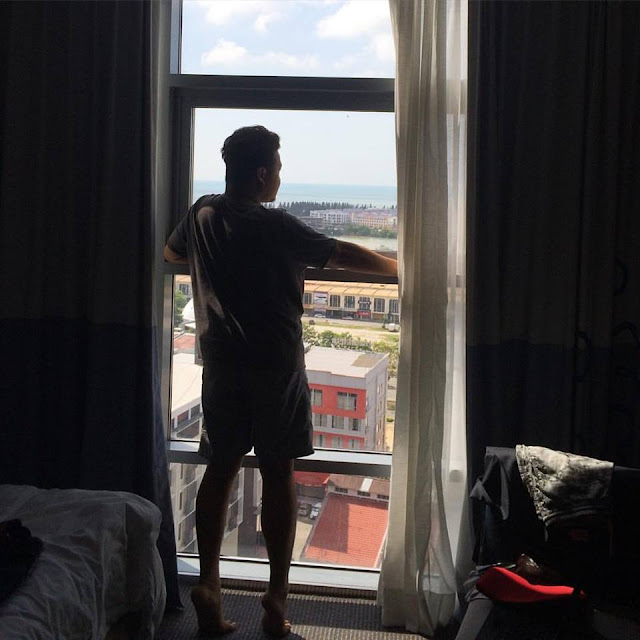 I should have written this New Year’s entry long time ago before 2015 ended but being me, I pushed it forward up to a point that I have no choice but get it over with here from my office on Jan 18. My New Year’s entry is important because it is always great to look back even though we have always been told to do otherwise.

I spent New Year’s Eve last year on a short trip to Melaka with a bunch of friends from uni. It is so damn true when they say how you spend your New Year’s Eve will be what your year is going to look like. So I have been travelling quite extensively last year since I am working for an airline’s in-flight magazine. Some are quite memorable, while there are a few that I wished I didn’t even say yes to.

I was not that much of a traveler neither I get intrigued easily by wanderlust but I’ve discovered that travelling is addictive and the best way to escape in a whole new environment even if it is just for a little while. It’s a huge departure from fashion world that I have gotten so comfortable with for the past at least five years. Travelling is not a make believe like those people who wear borrowed clothes and Instagram the shit out of them. I find myself moving away slowly from fashion into this new territory and I kinda like it. Now that I am no longer writing for Emmagem, the invites to all these ‘fabulous’ fashion events have slowly decreased and I dare say I don’t miss them that much.

2015 was also the year that saw me made a huge decision and decided to move on to something new. I took a chance and decided to go with my gut instinct. It’s been okay so far and I am happier now. I realized love is such a wonderful thing. Those songs written about love suddenly have new meanings. For the first time in my life, I am not shy or discreet about it. I lay everything bare for everyone to see. Even if things took a sudden turn to the opposite direction, I have no regret because I felt it and it was so damn real.

It is hard to believe that I have pretty much realized the young little small town boy’s dream that I used to have about writing a cover feature for magazines. I have written several cover features this year and one in particular is about Aceh, Indonesia which has such a special place in my heart along with one on my home state, Negeri Sembilan which I put my very best effort into.

I have set a set of new goals this year. Let’s just hope that I somehow will find a way to achieve them. And for the record, I spent my New Year’s Eve this year with my loved ones and just pretty much surrounded by over-pouring amount of love. Will love take the centre stage this year?