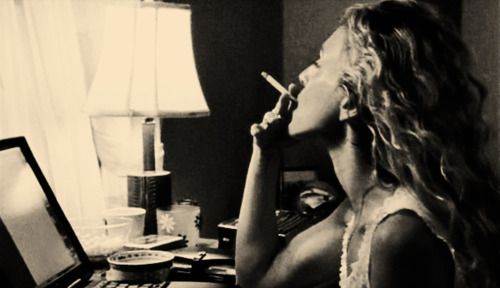 It is not fun being jobless. I wake up in the morning (well okay noon) feeling like there is something that I need to attend to or somewhere that I have to go to when in reality I am wide open for the rest of the day. I tried reorganising my closet and moving the furniture around to increase the flow of positive energy in my apartment but the more I tried, the messier it gets inside my head.

So I went to hidden corner of all the folders in my laptop and stumbled upon all the earlier articles that I wrote when I first started to get my work published. There is an article titled Bag Lad, the first ever to get published in an online fashion portal. The article is witty, fun and resourceful – a far cry from all the generic shit that I have been writing for the past several years. I was reading it in a whole new light thinking that I have truly lost it. I used to be pun-y (intended and unintended) and there was this fire that has obviously long lost compared to all the restaurant and album reviews that I have been churning out on monthly basis for the travel magazine that I was writing for.

Now I feel the sudden urge for cigarette and I think I should lie down. Okay I should stick to this couch. Smoking while lying down on my back is not a good idea but this hit me harder than when I discovered three fish skeletons when I (finally) cleaned the tank last week. Have I really lost it? Am I a shitty writer now that I was replaced by a fresh journalism school grad?

At thirty-something, a lot of people that I used to attend fragrance launch and fall collection preview are no longer seen at these events because they are now editors who send their interns or writers to go instead. Whenever I was at one of these soirees, I am surrounded by all these twenty-somethings all looking like they walked straight out of Yeezy’s show or one of those Tumblr pages. I feel totally out of place in my Kings Of Leon- inspired look. Well they have a fab album out this year. Taylor Swift posted about it on Instagram but they are way past their Sex On Fire days.

Forget about my resistance towards millennial style, my main concern is about the spiralling down of my writing career. God knows I can still write and I believe that I am still good at my job. Those food reviews and travel pieces wouldn’t be on the cover if they were not any good. I just feel like it was not as exciting as it used to be and I am slowly losing the fire. I toy around with the idea of a career change. Everybody is a stylist these days. I know I can do better. Working in PR is another possibility. I have a box full of name cards of people that will reply to my invites and messages in a flash.

But writing is something that I have always wanted to do right from the very beginning. Blame it on Sex and The City. Cliché and so gay but as the camera zoomed out on Carrie Bradshaw on her laptop from her bedroom window that was it for me. I made up my mind and I have that one particular moment from the series stuck on my brain forever.

As for now, it is a struggle. Even Carrie struggled when she had to buy her apartment after Aidan left and that one time when she was hit by writer’s block. She wrote an article about fries and socks drawer. Maybe it’s not too bad…