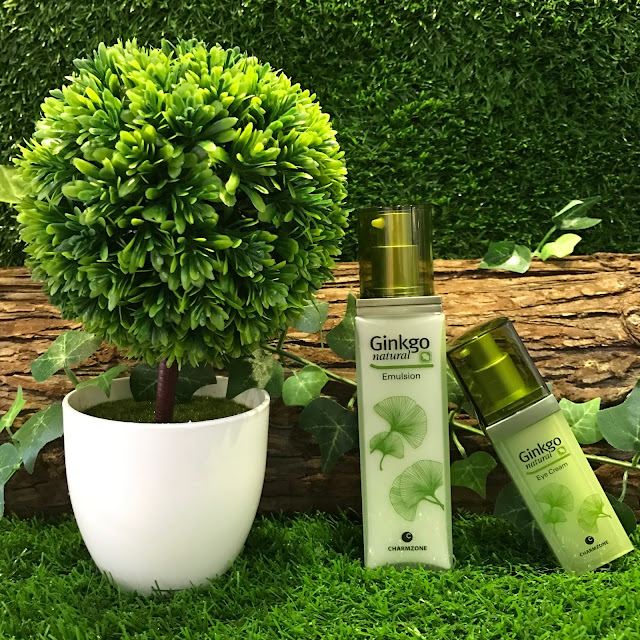 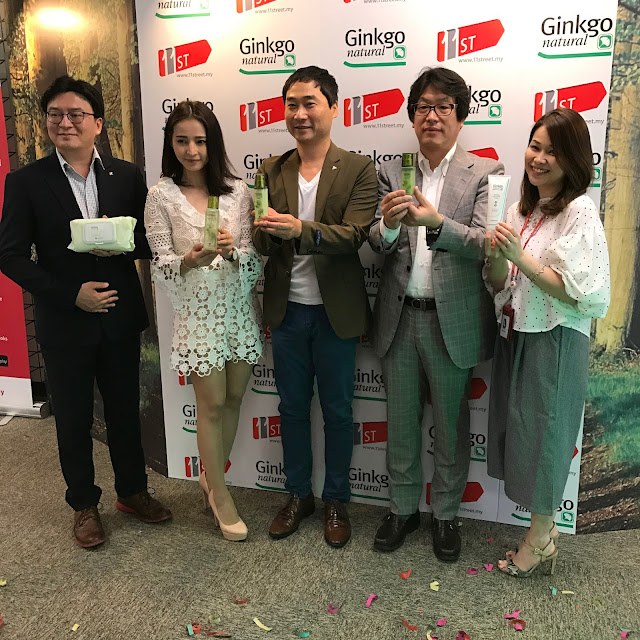 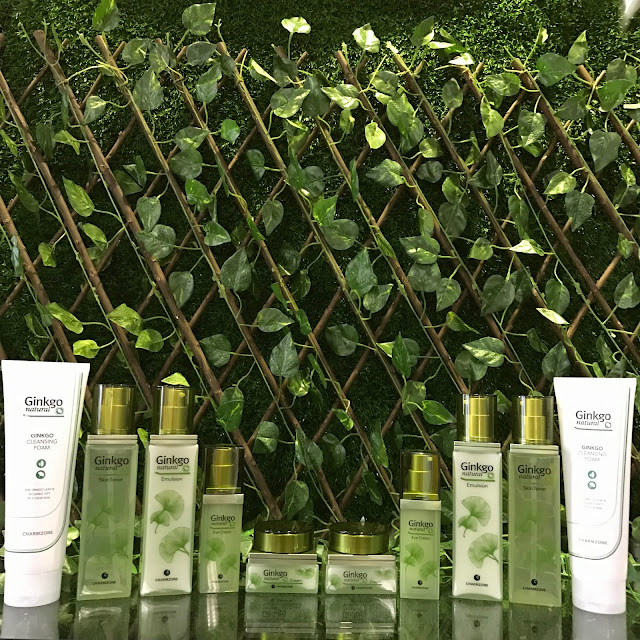 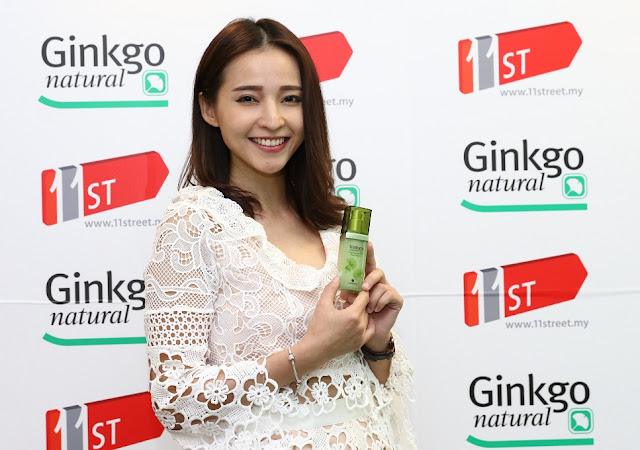 Agnes Lim who was also at the launch event. She was introduced as 'Malaysian popular actress' (I obviously never heard of her) but can't speak a word of Bahasa Melayu or English when she took the stage to talk about the product. She spoke entirely in Chinese instead. All of us who don't understand Chinese just smiled politely from our seats. Boo!

The weather has been erratic in Malaysia lately, I sweat bullets at daytime and the idea of leaving the house before dark gets me thinking twice. Just in time when help is needed to combat this gruelling heat, Korean-made Ginkgo Natural promises to nourish the skin to keep it feeling fresh and lively. The Ginkgo Natural range is one of many prestigious products, backed up by research and certified patents establishment in over 20 countries such as China, Japan, USA and now Malaysia.

Online marketplace, 11street will be the official retailer for Ginkgo Natural’s basic skincare range, which encompasses three steps – cleansing, toning and moisturising. For the first step, Gingko Natural features the Cleansing Tissue for make-up removal, and the Cleansing Foam to clean off residue make-up and is suitable for all skin types. Meanwhile, the Ginkgo Natural Skin Toner helps tighten pores and balances skin pH after cleansing, to prepare it for the third step – moisturising. Ginkgo Natural suggests the use of its Essence to lock in moisture and promote skin repair, before applying the Emulsion in the day, or the Cream at night. The former leaves a light and lingering feeling on the skin, while brightening it up at the same time. The latter supplies skin with more moisture, yet making it feel light and fresh.

I already got the entire set and you should too! For more information on Ginkgo Natural products on 11street, please visit (http://www.11street.my/benefit/promotionDetail.do?planDisplayNumber=584882).